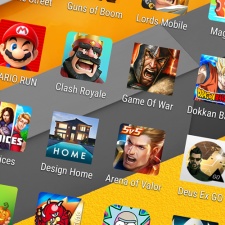 Despite all its success, mobile gaming still has something of a credibility problem in certain quarters.

There remain numerous gamers that turn their noses up at the notion that mobile gaming is 'proper' gaming - though perhaps the launches of Fortnite Mobile and PUBG Mobile may change that.

There are mainstream publications that happily review console, PC and handheld games, but still insist on confining mobile games coverage to round-ups, where half-a-dozen titles jostle for attention in a space normally given to a single boxed release.

And there continue to be those consumers who sink hours into mobile gaming, but somehow consider that they 'don't play games'.

And maybe it doesn't matter. Mobile gaming revenues perhaps demonstrate a medium that can thrive with or without slaps on the back from mainstream culture. And games more broadly have consistently prospered in spite of media furore around violence, and persistent, inaccurate clichés about pale faced youths wasting lives playing online in basements.

Except it does matter. Mobile games need talent behind them, and not just monetisation consultants, publishers and network engineers – though all those roles are important.

Mobile releases need creative game designers, developers and directors. And while many of those experts do work in mobile, a good many seem to favour making 'real games' for console and PC.

So why should you consider a career in mobile gaming as a truly creative pursuit? Isn't it all just about F2P and ARPPU?

There's money to be made, certainly. But there's something more distinct on offer and it's a creative opportunity many developers are already enjoying.

"You’re working with an audience that wants to be entertained instantly and effortlessly, so you’re cutting straight to the point of a game with nothing to really hide behind. When a player picks up your game, you’re essentially trying to communicate appeal, challenge and depth of fun with a single glance of the screen, or they’ll simply move onto the next thing."

When a player picks up your game, you’re essentially trying to communicate appeal, challenge and depth of fun with a single glance of the screen.

What Ryan is talking about is purity. Gameplay with the bells and whistles and accoutrements stripped away. And that, for a game designer, should be a wildly appealing framework in which to make games. Mobile is, it could be argued, the place where game designers can get closest to the heart of their craft.

"It reminds me a lot of the old coin-ops and their attract modes, and once a player had popped in their 50p, gameplay needed to be instant and challenging to make it fun and compulsive," Ryan says of the arcade era.

"Back in those days players were paying to play, so that focus was essential even back then."

Arcade is, of course, a near-dormant form that even so courts tremendous credibility to date. And just as there are mobile gamers in denial, there are many ready to laud coin-op that rarely actually visit one of the few remaining arcades.

We've talked before about what mobile can learn from arcade, but the point here isn't that smartphone games are a direct descendent of a higher form. Regardless of that matter, mobile games can be a great place to establish a creative career and not least because of the purity and restrictions that they insist upon.

"Mobile games have the limitation of smaller app sizes and much weaker hardware compared with consoles and desktop PCs," offers Karolis Dikčius, the single-person studio behind the acclaimed mobile horror text adventure Desert of Vice.

"Triple-A gaming is not really viable on them and it is not what most gamers are looking for when they play mobile games. I think this makes you more competitive as a small studio – or even solo dev."

If you're someone who gets excited about making something feel just right under difficult constraints, mobile can be very rewarding.

Designing and developing games for mobile, then, is not only a place to craft games in their purest form, but also a means to charge the ambition and effort of your team. And it can equally be a place to find immense creative focus, and refine the art of getting game design just perfect.

"With mobile game development, I find myself having to be much more thoughtful about platform issues – the device, its limitations, and the context in which someone will be interacting with it – than I do with PC development," states Tim Conkling, the developer behind turn-based strategy game Antihero, which was developed to thrive on mobile and PC.

"I've played tonnes of mobile games where screen elements are too small, or touch input is flakey, loading times are too long, the interface doesn't account for my hand covering a big chunk of the screen, etcetera.

"Sweating all those details can be tedious and time consuming but it's super important on mobile – far more so than on PC or consoles, in my opinion. But if you're someone who gets excited about making something feel just right under difficult constraints, mobile can be very rewarding."

But the creative opportunity in mobile games isn't only about limitations

"With PC and console you're pretty much stuck with a mouse, keyboard or a controller. With mobile you get a device that has touch controls, microphone input, motion controls – though these are rightfully out of fashion – cameras on the front and the back, portability and GPS tracking, affordable and highly available VR.

"There are really a lot of ways to express creativity in how the gamer interacts with game."

We've perhaps all been guilty in the mobile games space of talking of mobile's rapid advance on the likes of PC hardware. But perhaps we are so eager to talk of mobile's journey from the back of the hardware pack, we too often forget about all the ways mobile has left other platforms languishing in the dust.

And then, of course, there's the simple factor of accessibility and audience size. Certainly, discoverability remains a towering challenge for studios of every status, but mobile games let you take your ideas to huge potential audiences and not just those that define themselves as 'gamers'.

From a publishing perspective, we actively seek titles that can launch on multiple platforms.

And if you're worried your next creation might simply add an easily missed drop to the ocean that fills each app store if you do go with mobile, it's worth considering what kind of boon a creatively motivated game can receive in at least adding mobile to its format list.

"From a publishing perspective, we actively seek titles that can launch on multiple platforms," reveals Steve Escalante, General Manager at Versus Evil, which recently brought Antihero to screens large and small.

"This is an important strategy in today’s competitive landscape. Our approach is to simply sign games that are good, fun, quality titles that can perform on at least two different platforms. If it’s a niche title then it lowers the overall risk given the multiple revenue streams, which is really nice. If it’s a hit title, then those multiple revenue streams are even sweeter."

That is a very important point. It's an unfortunate truth that some of the most creatively distinct games struggle to get traction with a large audience, especially on platforms where there are more hurdles to releasing a title.

So while you might like the idea of seeing your fledgling indie hit shimmering on the PlayStation Network store, it might get more publishing support, exposure and players if you consider making it a mobile game too.

What's more, the demographic diversity of the mobile audience means you might just find more freedom in making the game you want if you do choose to go with mobile.

"After spending a large part of my career making games with the likes of SEGA and Rare, it was becoming more and more difficult to pitch the pure arcade style of game I like to play and make," reveals Ryan.

"You’d increasingly be adding more content and features to justify the development cost of a box release, which obscures the purity and simplicity of good arcade design.

"The arcade scene was still there, it had just evolved from physical game centers and consoles into something that everyone carried around with them in their pocket, so I joined it. That really was the inspiration for founding Dumpling and making Dashy Crashy."

None of this is to say things are easy on mobile, of course. Smartphone might be misunderstood as a place to be creative, but the challenges it presents are well known, particularly when it comes to consumer expectations around cost.

"As for making what one would call an indie game, I think most people are not as willing to spend money upfront on mobile games," says Dikčius.

"This leads to other monetisation methods like IAPs or ads – neither of which are synonymous with the indie scene, and as a gamer I personally highly dislike both of them,"

The arcade scene was still there, it had just evolved from physical game centers into something that everyone carried around in their pocket.

Some will tell you the golden rule of mobile design is about finding a monetisation model that compliments – not changes – your game design.

Others will assert that success comes from designing for a monetisation model. And there are those that claim none of that matters with the discoverability problem still significant in its presence.

But there is a sense mobile might be evolving into a more indie-friendly, creativity-motivated place, at least from an ecosystem perspective.

"5,000 games come out on the App Store every week, while it takes Steam a year to get as many titles – and I can't imagine how many come out on Google Play," Dikčius muses.

"So discoverability and there not being that big of an indie scene are issues, though I have a feeling that an indie scene on mobile is currently forming. Seeing that Google has started making indie game contests/festivals and Apple redesigned their app store in a way that highlights quality games kind of reassures me."

There have, of course, been many former indie hits and creatively distinct titles on smartphone. But those seem easily forgotten by gaming's cultural hegemony, and it is clear that mobile remains a place where honing one's craft, fueling ambition, purity of game design, creative freedom and commercial success can all coexist.