5 things we learned about influencers, hyper-casual and esports at the Beyond Games Mini-Summit

Leading industry experts deal out their knowledge and advice 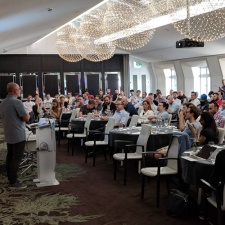 This week we hosted the first every Beyond Games Mini-Summit and Mixer with Game Insight.

A whole host of key industry figures were in the room to espouse their knowledge and network with their peers.

Topics ranged from working on marketing campaigns, dealing with influencers, getting press, esports, social platforms and the hyper-casual games space.

In total more than 100 leading lights from London's games industry and abroad were in the room to learn and make new contacts. You can check out our photos of the event on Facebook right here (feel free to tag each other of course!)

It may have been just a mini-summit, but there were some big takeaways.

Click on the link below to find out what we learned at the event.

Sign up for next week's Beyond Games networking mixer in London

Beyond Games: A London mini-summit and mixer