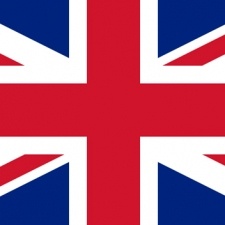 The UK is without a shadow of the doubt one of the most important markets in the global video games industry right now.

In part, this is due to its cultural impact. Despite being a rather small island nation, UK video game trade body Ukie reports that there are 2,269 "active" games businesses in operation, with 149 service companies and 100 educational institutes also residing in the UK.

While there's no definitive measure of this, the UK might - square mile for square mile - feature more games talent than any other country on planet Earth.

This is the island that is home to companies and visionaries responsible for the likes of Grand Theft Auto, Candy Crush Saga, Fable, GoldenEye, Total War, Tomb Raider and WipEout, to name just a few.

That doesn't take into account the number of talented work-for-hire studios that have been trusted with triple-A IP like Forza, Crackdown, Devil May Cry and Dead Island.

While much of this is due to the creativity of the British, it's also due to the fact that the UK is simply an attractive place to make video games.

There's a variety of funds available for developers such as Creative England and UK Games Fund, in addition to Video Games Tax Relief (VGTR) that was rolled out in 2014.

Successes like Grand Theft Auto have helped wake up the UK government to the benefits of the video games industry. To date over 480 projects have been assisted by VGTR to date. Between July 2017 and 2018, 100 new projects received £131m in assistance. VGTR has been extended to 2023.

The UK features a huge audience for video games, too. In 2017 alone - according to data sourced from various outlets by Ukie - the population spend £5.11bn on video games - a sizeable increase on the £4.33bn that was splashed out the year before.

Of that figure, £1.6bn was spent on digital and online titles - an increase of 13.4 per cent. That's more than double the £790m that was spent on physical software, which represents a mere 3.1 per cent rise.