There’s still time to register for our media partner event next week, which is two days focussed purely on developer and publisher online networking 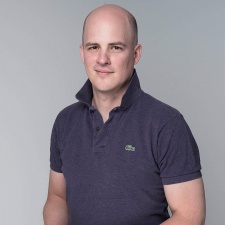 In addition to his MD role at remote control productions, Hendrik is Executive Producer of the development studio Chimera Entertainment, as well as Deputy Chairman of the German game developers association ‘G.A.M.E. Bundesverband’, board member of the EGDF (the European Games Developer Federation), a member of the jury of the German Developer Award, and executive board member of the non-profit association ‘Videospielkultur e.V.’, focusing on the political and academic acceptance of video games as goods of cultural value.

More than 350 companies are already registered for the European Games BizDev Gathering next week. It’s the first such event organised by the European Games Developer Federation, and it has had sign-ups from over 80 publishers, 30 investors and 200 developers!

The EGDF represents more than 25,000 game developers from more than 2000 studios around Europe. Its elected president is Hendrik Lesser (also CEO of remote control productions). The European Games BizDev Gathering will be online matchmaking and meeting event organized jointly by the EGDF, remote control productions and Reboot, supported by some of their key European partners.

The two-day online networking event will take place on May 13-14 and is focussed on supporting European game developers during the current challenging times, providing them with a valuable opportunity to display their projects in front of publishers and investors from global companies. We quizzed Hendrik Lesser about the event and how it came to be.

“It was definitely a challenge but a voluntary and welcome one,” he says, referring to how the event was conceived and executed in just a few weeks. “Having a great team at remote control productions and the support by reboot and MeetToMatch obviously only makes this feasible.”

He continues: “The first three weeks have been a very intense ride though. Orchestrating the save-the-date with already committed partners, then go into registration, chase the publishers and investors first (because why else would a dev sign up?) and then focus on developers, during just some weeks, was an up-and-down of emotions. Luckily mostly up.”

The event is open to all game developers or studios with headquarters in Europe (all of Europe, including Russia, Ukraine, Belarus and Turkey) with a project or company ready for pitching to investors and publishers.

When it comes to investors and publishers, all worldwide companies are invited and are more than welcome to join the event. EGBG will stay laser-focused on game developers pitching to investors and publishers. There will be no talks or panels, and no bizdev representatives from toolmakers. Yup, it’s exclusively about game developers from Europe connecting with publishers and investors from all over the world. MeetToMatch is the chosen platform for arranging meetings across the two days.

“I have already 20 confirmed meetings,” explains Hendrik Lesser. “I’m ready to talk to developers about the potential within the rcp family. So I will participate myself as an investor. I am very much looking forward to this since the devs in the system are quite diverse.”

The event is just €35 for game developers and “pay what you want” for publishers and investors. Please respect the spirit of the event, and prepare to be shown the door if you’re not a developer, publisher or investor!

It was definitely a challenge but a voluntary and welcome one

Initiatives like this are very welcome in this unusual year. There is so much uncertainty in our industry, and beyond. What does the EGDF president think the future holds for studios once this is all over?

“I think the future overall is positive for Europe,” Lesser tells us. “Our political systems offer, in general, better social security and so on. That helps, for the overall economic climate too. With our diverse cultural backgrounds, I see many many new cool and interesting games on the horizon. And the rise of premium even in markets like China is exciting.”

He concludes: “The ‘new normal’ will definitely include more online events, more video calls with friends and colleagues within the industry, and so overall – ideally – there will even be an increased sense of belonging and togetherness.”

You can register for the European Games BizDev Gathering now at www.egbg.eu.

The EGBG is an online event for matchmaking. If you are looking for an experience with talks and panels too, please consider PG Connects Digital, our own event, a month later on June 8-12 (save 10% with this code SAVEONLINEPG10).