“What if we took the theatre of E3 and did it for mobile games?” Pocket Gamer LaunchPad event explained

The editor of PocketGamer.com, Dann Sullivan, reveals how the three-day LaunchPad event next week is a necessary addition to the mobile games industry 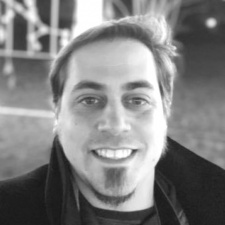 Something big is happening next week on our partner site PocketGamer.com. It’s the world’s number one site for mobile gamers. Our very own consumer division, if you like. And next week the team there are holding the second LaunchPad event, which is set to foreground the best new mobile games to millions of players.

LaunchPad is three days of concentrated news in video and text form, making heroes out of mobile game developers. There’s still time to take part if you’re working on a game that will be released before Christmas. You can let the editor of PocketGamer.com know about your interest with this LaunchPad form.

But before you do that, let’s invite that editor, Dann Sullivan, to explain what LaunchPad will do to boost your games next week:

PocketGamer.biz: Can you describe what LaunchPad is?
Dann Sullivan: LaunchPad is a celebration of mobile gaming. It’s a great place for mobile developers to highlight their up-and-coming projects and updates.

It’s a way for the industry to have a little bit of theatre around game updates. Mobile games has always been ahead of PC and consoles when it comes to how we monetise, and how we update games. And now, more than ever, as games become live things that regularly grow, it’s important that there’s a place to be featured, and for that mobile success to be highlighted, rather than getting lost in a kind of: “Here’s 10 Halloween updates!”

It came from lockdown. Because all of these events were getting set aside, I realised there was no way for people to discover new games

Almost any time that mobile does walk out at one of those E3-style announcement events, it’s literally overshadowed by console and PC titles. So much so that most mobile-only companies don’t even bother to show up at those events.

It’s much better to have a big platform like LaunchPad where people can scream and shout about their next big update, or, indeed, full game launch.

Where did the idea come from?
It came from lockdown like everything else! Because E3 was delayed, postponed, and cancelled, and all of these other events that I would normally be getting out to, and seeing these games that I hadn’t heard of before – because all of these were getting set aside, I realised there was no real way online for people to discover these new games.

So I thought: “What if we took the theatre of something like E3 and did it for what we know, which is mobile games?” Which nobody else was doing at the time.

This will be the second time you’ve done it. How successful was the July one?
The first one was absolutely brilliant. We had masses of articles – more than predicted. We covered a lot more games than we intended, and obviously we had some really big companies involved with it. We had a large feature on PlayerUnknown’s Battlegrounds. We revealed Catalyst Black, which was the next game from Super Evil Megacorp.

And there were a whole bunch of other games, including things on Apple Arcade and Switch that also got featured during the event, too. And obviously we had somewhere in the region of over three million impressions on our Twitch stream, among other successes.

You can read the full stats on LaunchPad #1 in our previous article, and view the streams on YouTube (example from July below).

What have you got in store for this one?
We’re still locking things in. As it turns out, there are a lot of big companies that are thinking of several updates in the future. We’re working with their PR teams now.

There are also indie developers who, when they get an extra weekend, of which there’s been a lot of recently, they throw something together and release it. And then there’s the people in the middle.
We’ve been working with a lot of developers to secure new updates. This time, we’ve got quite a few giveaways going on as well, and we’ve got some exclusive first looks at new games that are currently unannounced.

We have an audio-only game as well. That’s an increasingly large industry. There are games coming out that you can just play on your Alexa and similar devices

We’ll have multiple members of the Steel Media team and Pocket Gamer team in the Twitch stream and on chats and around, for when people tune in. Our video host James Gilmour will be front and centre on all three days. We’ve also got Danielle Partis, who’s editor at Pocket Gamer.biz. Plus there will be Dave Aubrey, our tips and guides man from PocketGamer.com – and myself on the Saturday too! There will also be several developers there showing off their games and taking part in interviews.

What will be your personal highlight of the three days?
I’m happy that we’ve got so many giveaways. I think giveaways are great. They’re a good way to get new users in – a fantastic way to get more consumers into the games and more players to our LaunchPad activities. And hopefully they’ll stick around and read our continued updates and our regular news too.

The other big thing that I enjoy is that, in many ways, doing the outreach that we do in preparing the events, where we reach out to a lot of people that we’ve worked with previously, this is a great introduction for me, and for my news team and my team in general, to see these new games that are on the horizon. Because of the last event, we had dozens of new games that were on our radar that we could stay up to speed with.

We’re working with NEKKI on Shadow Fight Arena for this LaunchPad. We’ve also got Gbanga there for Book of Beasts, which was a game that I really enjoyed getting a look at the first time in the summer. And incredibly we have an audio-only game as well. That’s an increasingly large industry. There are a lot of games coming out that you can just play on your Alexa and similar devices. But because Alexa and the like are available on mobile, the game is available on mobile, too, so we want to include them.

Is there still room for anyone who reads this who wants to be involved to be part of it?
Yeah, definitely. If they reach out to me by email – or we have got a form as well that they can fill out with some ideas of what they can do on there – then we can very easily work with people to detail their updates, their releases, if they’ve got a beta coming up, or even if they want to show us a roadmap of their planned updates. Or maybe just some exclusive gameplay from later on in the game than they’ve already teased thus far! Anything like that, we can work into the event, and it’d be great to get it in front of a massive audience. There’s still time for developers and publishers to apply.

Not only have we increased the amount of news going up on the site on a daily basis, we’re going to be focusing on more tips and guides too

Will you do this again in the future too?
Yes. The hope is that there will be more. After the fantastic success of the first one, and given everybody that we’ve got on board this time, including some new companies, there’s a sure sign that there are more companies out there who would like to get involved in something like this. There are always new games coming out – so how better to announce them, or even just celebrate them, than with regular LaunchPad events?

What else is going on at PocketGamer.com this year?
We have big plans for the future. Not only have we increased the amount of news that we’re going to have going up on the site on a daily basis, but in addition to that, we’re going to be focusing on tips, guides, and, of course, more lists of the best upcoming games. There are so many games out there now. We’re preparing a lot of tailored lists that will introduce you to the best games.

If you are a developer or publisher with a game (or update) ready to release, drop your details here and next week you could be taking part in this huge mobile launch event. Remember to follow PocketGamer.com on Twitch.

Next week is going to be buzzing. On top of Pocket Gamer LaunchPad 2, we have our own Pocket Gamer Connects Digital #4 trade conference all week, Wednesday’s Games Jobs Live recruitment video stream, the Games Industry Investment Summit 2020 in association with Enthusiast, and more.