Gamification and branding, the metaverse, and blockchain among others 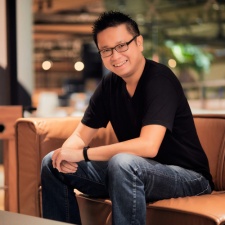 David Yin is CEO of Storms

2021 was a fruitful year for all of us. Advances in technology have been rapidly overhauling the way games are developed and played. From Apple’s removal of the IDFA to Netflix’s push towards mixing games into its gargantuan library of content, the industry has never stood still.

Gazing into the crystal ball is always fun. With 2022 looming just over the horizon, it is time for us to reflect on what’s next.

1. The future of games is instant

If you’re developing mobile games, especially in the hypercasual genre, rest assured that you will be busy. According to App Annie, in Q3 2021 alone, hypercasual games saw over 3.5 billion downloads globally, making it the number one genre for downloads worldwide. While this indicates a huge potential opportunity for game developers and publishers, there are about 2,000 hyper-casual games across the app stores, translating into a challenge to stand out and extend the games’ lifetime value.

Expanding the game’s horizon beyond mobile apps through instant games is one of many strategies that hyper-casual mobile game developers and publishers can consider adopting. Unlike their forebears, today’s instant games can run at near app-native quality, making them attractive to users who wish to unwind using their preferred electronic devices. Additionally, instant games are poised to capitalise on the social networks and mechanics that have been popularised over the past decade.

Indonesia’s leading superapp Gojek is one of many companies that have tapped on instant games to engage with users in a fun manner. Besides making easy-to-play games – including popular mobile games Fruit Ninja and Jetpack Joyride available within their app ecosystem – the superapp also enabled users to play in tournaments’ mode.

While it is clear that this strategy allows non-gaming companies to give mobile users more reasons to spend time on their apps and eventually take the action that the companies are hoping for, it provides hypercasual game developers and publishers with new opportunities to get their games to be played by more users and hence, extend their games’ lifetime value.

Leading hypercasual game publishers such as Voodoo have started exploring this area - with its extended partnership with Snapchat indicating the positive results that the company has seen in allowing users to play games instantly in their preferred platforms, and we should be expecting more industry players to view instant games as means to continue thriving in 2022.

As non-gaming companies become more aware of the potential that instant games offer to their businesses, we will see more of them adopting or levelling up their gamification strategy in 2022. This is backed by a report by Growth Engineering, which highlights that the global gamification market is projected to grow from US$9.1 billion in 2020 to $30.7 billion by 2025, at a compound annual growth rate (CAGR) of 27.4 per cent.

Gamification is no stranger to marketers globally. For years, brands around the world have leveraged gamification to acquire, engage and retain consumers and app users.

Nike, for example, has implemented a gamification strategy by introducing its personalised NikeFuel app - which allows users across the Nike+ ecosystem to monitor and improve their performance against other users through its products and services. Embedded with a social sharing and leaderboard element, the app users can compare performances from all over the globe and earn badges.

With the benefits that today’s instant games offer, it is no doubt that more companies will develop branded games and integrate them into their app/web ecosystem instead of having a separate mobile game app dedicated for their gamification strategy.

Imagine that you have a coffee chain, and you want to reward users with coins whenever they complete a task within your app and enable them to redeem the coins that they have collected with a free drink. You can make their experience more engaging by not only giving them coins whenever they make a purchase at your physical stores but also an attractive number of coins if they can complete a memory matching game featuring your drinks on your coffee chain’s app within a certain period of time.

Now, you might be wondering about what you will get out of this. The answer is as simple as you can kill two birds (or even three!) with one stone: you can generate awareness of your product offerings through the memory matching game, engaging consumers as they continue playing to earn rewards, and eventually enhancing retention as consumers will want to fully utilise the coins that they have collected.

Indeed, such a gamification strategy is not only limited to F&B chains, but it can be used by other companies across industries and at different growth stages. What does it mean for game developers? An expansion opportunity.

Similar to gamification, there is another buzzword that has existed in the gaming world and will continue to shape the industry in 2022: metaverse.

This refers to the idea of creating a shared, interoperable virtual world where everyone has to follow the rules that you have set as the creator of that world - including using tailored in-game currency to trade virtual goods, often in the form of cryptocurrencies. In many ways, gaming is both the genesis and main proponent for the metaverse long before it became a big thing in 2021 following Facebook’s rebranding exercise to become “Meta”.

The metaverse concept is captivating as it creates enhanced realities for players, where they find greater fulfilment for their needs for competence, autonomy and relatedness. As people increasingly turn to online alternatives as a method of escaping the mundanity of their daily lives, they will eventually form a sense of relatedness to things they love in the digital place.

Take Fortnite as an example. It recently had an in-game live music event starring Ariana Grande which was attended by over 12 million people and saw Balenciaga bringing its clothing and signatures into the game.

While the development of elements needed to create a unified metaverse is well underway, it’s rather premature at this juncture to comment on whether a true metaverse that fully replicates the real world is possible and how it will take for it to be developed.

What is clear is that we should be expecting augmented reality and virtual reality elements to be coming to the metaverse so that users can fully interact with each other in the shared virtual world. This means that offline worlds can be immersed with online worlds, giving players that offline-online experience which traditionally has been hard to achieve.

4. Blockchain-based gaming and NFTs move gaming into a new era

Talking about how the metaverse will become more immersive than ever, it is important to note that players increasingly appreciate a greater sense of ownership.

Back in the days, gaming tended to be a largely centralised activity, where game developers typically own all data, assets, and in-game currency. Now, thanks to developments in blockchain and novel software development kits, developers can bring NFT-powered items and transactions into their games – making it increasingly decentralised as items retrieved or purchased in one game become transferable and have real-world value.

Digital assets are important segments in the gaming industry as they have significant contributions to its revenue stream. According to a survey by Worldwide Asset eXchange (WAX), 62% of gamers would be more likely to invest in digital assets if they were transferable between games – implying that blockchain-based gaming is viable and would eventually bring forth a new era of gaming that benefits both developers and players alike.

Blockchain acts as immutable ledgers that cryptographically record all transactions on the network, and in doing so provide gaming companies with new ways to solve item theft and fraudulent trading activities. The generation of NFTs, which are securely recorded on a blockchain, turn players into investors and offer benefits in the form of product uniqueness, tangibility and value retention through traceable ownership of in-game assets.

Another interesting opportunity that NFTs offer to gaming companies is the new possibilities for them - regardless of their sizes and maturity level - to scale in a meaningful way with a new generation of games. Take Sky Mavis’ Axie Infinity as an example. The play-to-earn proposition that it offers led to it generating more than $2.5 billion in trading volume and getting noticed by venture capitalists and hedge funds.

In addition to the attractive growth opportunity, NFTs also allow these companies to keep their players engaged. To loyal players, NFT-powered digital assets offer a new way of self-expression by tying identities to in-game collectable items that can be taken outside the virtual world and shared with others. This in turn empowers players with provable ownership of something close to their hearts. Furthermore, trading of NFTs outside the game can also create broader awareness and engagement.

I do believe that NFTs are beyond merely ‘short-term hypes’ and will play a key role in transforming the future of entertainment premised on the sentimental value it provides in tandem to serve as a new revenue stream for existing games.

Get your game on

The gaming industry in today’s age is a global giant that continues to grow rapidly with each trend and innovation. By virtue of groundbreaking technology and widespread adoption, further expansion in the gaming area is inevitable.

In the near future, our world and how we interact with games will be fundamentally different. I am excited about the opportunities that these trends will bring to the industry as Storms continues to assess our approach to them and connects billions through play!