The Wright Stuff: 10 rules on how to make an episodic game 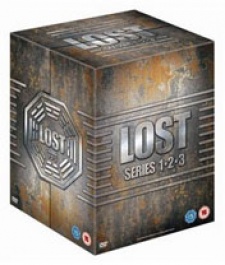 The pilot episode is the way TV companies find out if an idea is good. Often the pilot isn't great but will generate the feedback to convince whether an idea has enough potential, as well as what needs to be changed.

Hardly anyone walks out of a film because they're bored or frustrated, but a surprisingly small number of people complete games. This attitude must be crushed if you want a successful episodic game, so every encouragement must be provided to ensure as many players as possible finish.

3. Every episode's a small standalone

While there should be an overarching concept that links each episode, it's vital each episode also works as a standalone experience. This is important both in terms of the story (if the game is story-based) but also in respect of difficulty. The temptation is to make each subsequent sequel harder than the previous version but this only alienates new players. Difficulty should be kept consistent and new players eased in gently to each episode.

4. Change the scenery not the stars

Players enjoy becoming experts in the gameworld in the same way that viewers become attached to the complex interaction of soap characters. Keeping the gameplay solid but changing secondary aspects of the game  location, objects, graphics  keeps people interested and the experience fresh.

TV shows use tasters of the next week's episode and cliffhangers to keep players interested in what happens next. These type of mechanics are ideal for games where the player can be left on tender hooks at the end of each episode ready for what's next.

Episodic content is all about feeding our desire for the familiar. If a player enjoys one episode, they'll want to experience something similar in the next. You must harness this desire for more of the same to your advantage.

7. Too much innovation isn't smart

Only add new features when they allow you to do something that makes sense in terms of your long-term plans, because innovation will alienate some of your audience.

If you're thinking about an episodic game that you're going to update annually, you've missed the point.

9. The price is right

Price is all about building brand loyalty and keeping barriers to repeat custom as low as possible. The games industry seems obsessed with either charging too much or giving content away for free. Your goal is ensuring players know they are getting excellent value for money.

Episodic content needs to be extraordinarily well researched  think of the detail and backstory in a series like Lost. But this doesn't mean you should stick rigidly to your plan. Instead, extensive planning should make it much easier to be flexible in terms of the changes your audience will demand.