The Wright Stuff: Who needs a publisher anyhow? 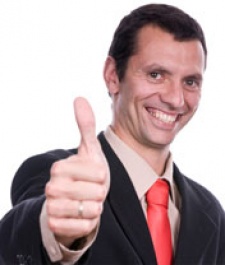 August 16th, 2008 - 10:00am
By Chris Wright
I was at the Edinburgh International Entertainment Festival this week, catching up with some friends from the industry and drinking beer. The iPhone was the topic of discussion  both by developers and publishers  and this state of affairs seemed to crystalise the issue of exactly what a publisher does.

iPhone is significant in the terms that the open approach Apple has taken means anyone can make available any app at whatever price they feel they can justify (well, up to £599.99).

Now I've been on both sides of the developer-publisher fence and I've always strongly believed a publisher isn't just there to fund development or because they control access to the deck or retailer. A publisher also provides quality control, as well as having a better idea of what an audience wants  in such ways it's a key part of building a great game.

But many developers I've worked with simply want to build games for themselves  making games that are neither massmarket nor enjoyable by anyone but a very niche audience. Anyone remember the old, failed, mission statement "By Gamers. For Gamers"?

Similarly, developers rarely have any internal quality assurance and they certainly don't have much idea about sales, marketing or focus testing. What they are really good at is coming up with original and creative ideas.

In this way then the publisher acts like an editor to this creativity. By definition it can be frustrating for both parties  being told "No" and saying "No" isn't fun  but the publisher's role is to focus a product and make sure it will sell. And, as with film and book editing, what you cut out of a game is as important as what you leave in. Publishers are there to provide the commercial and customer focus that should make the best possible game.

Developers, however, seem to think publishers exist to get in the way, provide money and/or distribution but add nothing to the game itself. If that's the case, it means the relationship isn't working. Any developer in that position needs to look at what's gone wrong on their side of fence rather than just blame the publisher for everything.

So iPhone's open deck is a great opportunity for the mobile industry to deliver some exciting and innovative products onto one of the best gadgets ever released. The problem  as we're already seeing  is if iTunes is flooded with poor quality, buggy and ill-defined games that have been pumped out by developers because they think they don't need a publisher, then users will soon get fed up and head elsewhere.