The Wright Stuff: If only I had friends

Mobile games veteran Chris Wright is going to poke you 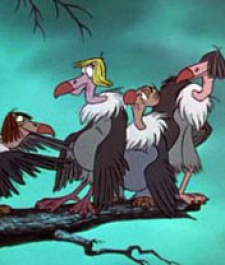 September 27th, 2008 - 10:00am
By Chris Wright
I remember when games were viewed as an anti-social activity  something you did in your bedroom, on your own, without any other distractions. Part of the fun of playing Elite, Ultima and Monkey Island was the fact it was your imagination lit by nothing more than the glow of a TV screen.

Those were the good old days.

Now, however, things are very different. If you aren't playing Wii Sports with your granny, you should be online, playing with the people on your friends list. Which is fine if you have friends, but for those of us who are socially challenged, the stigma of an empty friends list feels much the same as when we were standing on our own in the corner of the playground watching everyone else having fun.

Mobile games have stayed a bastion of the single-player experience, however. For all the potential network multiplayer opportunities in your hand (for ****'s sake, you are playing on a phone!) developers, publishers and operators appear to be incapable of letting us play together (see The Wright Stuff Connected column.)

This is changing, though, and thankfully it has nothing to do with the network operators. The rise of Facebook and other social systems provides a perfect communal friends list. Like most of these services, Facebook provides an open approach that allows you to provide both a linked set of friends and functionality that let users share information about what they are playing. And if you want to see where this technology could take us, take a look at what Firemint is doing with Real Racing. It's a great example of what can be achieved, and shows how connected gameplay can work without real-life head2head gaming.

Of course, various developers and publishers have started making their mobile games them freely available on Facebook. And by using Facebook as the global friends list where users can talk about, share and discuss games, you build a community that is so sorely missing on mobile.

Microsoft has also successfully built its console strategy around this type of community integration; Xbox Live is an amazing system and as a sociable gaming platform it's head and shoulders above the competition. Mobile has the ability to exceed this by using readily available social networking technology to glue its users together and provide a means of letting people find, play and compete.

This may not solve the problem for those of us without any friends of course, but for the rest of the world it's a great opportunity to have a gaming platform that is truly social.

He thinks his greatest achievement is having virtual friends on Facebook, while his greatest regret is that none of them ever buy him a beer. He can be contacted at chris[at]gamesconsultancy.com