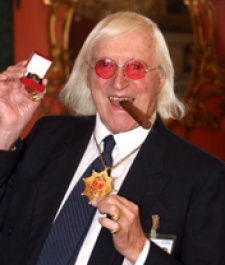 October 11th, 2008 - 09:00am
By Chris Wright
I have a confession. Something I'm not proud of but something I feel I need to say: It has been six weeks, three days, four hours and 37 minutes since I last bought a mobile game.

That's better. Sometimes you just need to get these things out.

Actually, that statement's not strictly true. I have bought a couple of iPhone games during that time, but in terms of a real mobile game for a standard mobile phone, it's been a while. The problem is I check my operator's deck religiously on a Friday to see what's new but nothing grabs me. There's simply nothing there that jumps out and says "BUY ME".

I suppose I could get another racing game from Gameloft such as Death Race, which I know would be good in a predictable way, but I've played all the previous versions of Asphalt and I'm pretty sure it will be very similar. There's nothing new. Nothing that's different. Not even Digital Chocolate, who you can usually rely on in terms of putting out something quirky, is releasing anything that stands out. Everything has become very safe, very samey.

Retro is all very well when we talk about classic arcade games like Defender or Donkey Kong. But retro on mobile; is there such a thing? Were the games from the mists of time better than the beautifully-crafted but somehow soulless games of today?

To try and answer that question (and more), I've started writing an article on the history of mobile games. Yes, I know the industry is only a few years old (about ten, to be honest) but I reckon ten years in mobile time is like 20 in internet time and 100 in normal time.

The thing is, I thought it would be really hard to find interesting games at the start of the industry and it would get easier as the industry matured but I've found the opposite. The games from the early days, like Lifestylers, Gladiator and Sorcery were exciting, innovative and full of character. Each new game brought a new experience to the mobile platform: they pushed the barriers of what was possible and tried to do things that had never been tried before. These were exciting times, where small start-ups pumped with VC money attempted to create an industry through a mixture of creativity and bravado.

Only a few of the companies survived, of course, and often those that did were the ones doing the less innovative stuff. The few bright stars like Picofun that, back in 2001, looked like they might rule the world, didn't last the distance.

People just starting to play mobile games won't have a clue what I'm talking about  all these old games have long since gone and due their digital nature, they're now impossible to buy even if you wanted to. For those people, my history of mobile gaming might be an interesting curiosity. But for those of us who that lived through it, hopefully it should bring a lump to the throat.

So all I need to do is finish it

And on that note, if anyone has any favourite games, screenshots, anecdotes or other stuff from the early days of the mobile games industry, do drop me an email at chris[at]gamesconsultancy.com.