The Wright Stuff: Solving the challenge of game innovation?

When in Rome, the mobile games veteran fancies a game that plays him 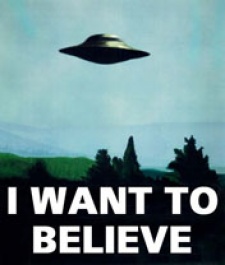 Last week I was in Rome for the Nokia Games Summit. As well as being surrounded by thousands of years of European history, it provided a welcome opportunity to spend a couple of days finding out about the future, or, at least, where the mobile games market is going, and what Nokia's version of it will be on N-Gage.

But ignoring what EA said (or didn't say) about N-Gage, one of the most interesting things for me was the Nokia Mobile Games Innovation Challenge. The game that particularly caught my attention was Watchers  the third-placed title which, in terms of its concept, was as backward- as forward-looking.

Maybe some of you remember EA's Majestic? It was an Alternate Reality Game from 2001 where you played in a surreal X-Files world of shadows and conspiracy. Alongside email, AOL Instant Messenger and fax, your phone became your contact point into the game, which would proactively contact you to get you increasingly involved in the story. Indeed, the game's tagline was 'It plays you'.

Majestic was critically acclaimed, winning the Best Original Game award at E3 2001 (and this was when E3 was a real show). But like so many ground-breaking concepts, lack of understanding by the general public, and you could argue even its publisher  something not helped by the unease following the September 11 terrorist attacks  meant it never really got off the ground.

Indeed, it seems almost unthinkable that the juggernaut that is EA or its mobile division would consider a game like Majestic now. After all, it was a game that moved away from the safe licences and casual puzzle games to give players one of the most immersive experiences you could imagine. But considering the level of technology available in 2008 compared to 2001, the experience on mobile could be so much more in depth, and profitable, too.

So it's great to see that games like Watchers are still being created. It's easy in a world where the size of the licence rather than the level of creativity defines the success of a game, to believe true originality has vanished. But thankfully, there are some people trying to do something new, something innovative and something which isn't just another bad clone of a game that's better on a different platform.

Yes, if you believe, the innovation is still out there.

After 12 years in the games industry, the last eight as head of production at I-play, Chris Wright finally has escaped. He now runs his own consultancy focusing on casual games.

He divides his time between various European capitals well, most recently Rome and Edinburgh  and can be contacted at chris[at]gamesconsultancy.com