From Lionhead to Zynga to JiggeryPokery to MojiWorks 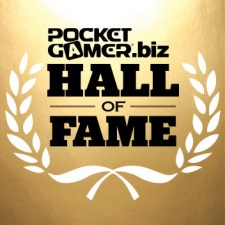 Matthew Wiggins has seen all sides of the industry.

He worked there as a programer until the time of Microsoft's acquisition of the famous Guildford studio, working for another year as lead AI programmer before leaving for pastures new.

And those new pastures were in fact a Brighton studio for Second Life online game developer Linden Labs, before he then spent time at Codemasters working on console projects.

In 2009 however, he put the console, PC and online worlds behind him and jumped into mobile, co-founding Wonderland Software.

The studio developed the hit game GodFinger, and it wasn't long before the talented team was snapped up by Zynga, itself at the height of its success.

It was then Wiggins became Studio Head and GM of Zynga Mobile UK, a role he held for just under two years.

A year after his departure, not one to rest on his laurels, he formed new studio JiggeryPokery, which grabbed back the rights to GodFinger to develop a sequel.

He's also just opened another new start-up, MojiWorks, and shows no signs of slowing down the entrepreneurship that has led him to a varied and successful career in games.

Living in the UK and growing up in the 80s, that means pretty much anything on the Spectrum.

Then Super Mario Land on the Game Boy was the first time I became obsessed with a Nintendo game. Best birthday ever.

I toyed with the idea a lot whilst growing up.

Lionhead was an amazing rollercoaster of emotions and experiences.

My best friend Al Harding - CTO of three companies we’ve founded together, and counting - always knew he wanted to be a games programmer, so we often worked together on ideas on graph paper at junior school.

I have many different interests, originally going to university to study mechanical engineering as I wanted to design F1 cars.

But I was asked to help with some physics calculations for a game project, and ended up falling in love with making software.

I started doing a bit of contract work as a scripter for a company in London, but my first proper role was as a programmer at Lionhead.

I joined them to work on the Black & White series, and it was an amazing rollercoaster of emotions and experiences until I left in 2007.

Although it had long ceased to be the place I remembered, I was pretty emotional when Microsoft announced it was shutting it down earlier this year.

Getting the job at Lionhead changed my life.

The DS changed things for me as its ‘always on’ feature showed how a mobile device could seamlessly slot into your life.

I’d grown up not far from Guildford, and had met Peter Molyneux a few times over the years.

Everyone idolised Bullfrog, his previous company, and to end up working on Black & White was a dream come true.

I’ve always played handhelds, going back to the original Game Boy, - and pining after Game & Watch before that - so playing on the move was always appealing.

The DS really changed things for me as its ‘always on’ feature showed how a mobile device could seamlessly slot into your life.

The original iPhone announcement was when I started to seriously consider starting up to make mobile games.

But it was only when the App Store was announced the following year that it became clear that it would be a huge business opportunity to go with the creative freedom.

Launching GodFinger and it organically getting to #1 on the US App Store within a day of release is my proudest moment in my mobile games career so far.

A regret is that we didn’t have the structure or experience to capitalise on that at the time.

Perchang is a lovely puzzler that combined a Lemmings-esque game design with physics to create something that I wish I had made!

I see tremendous potential in chat platforms, which are inherently social and have interesting design constraints for games.

Another is Score! Hero: great tactile gameplay that’s perfect for mobile, and it shows that it doesn’t take large teams to do free-to-play well.

The mobile industry is clearly entering a period of maturity, with established encumbants and less design innovation.

Learning from 30 years of games industry history, I think we’ll see some stagnation of player growth due to fatigue of the kind of games being offered, before moving into a new period of energy triggered by significant new ideas in hardware, the OS platforms and game design.

I’m most interested in new areas that are as yet unproven and benefit from moving fast to discover big opportunities.

I see tremendous potential in building experiences around chat platforms, which are inherently social and have interesting design constraints for games.

That’s what I’m working on with MojiWorks, the new developer and publisher of games for iMessage.