Matomy EVP Gil Klein discusses the results of its survey of 1,000 developers into monetisation, enagement and app promotion 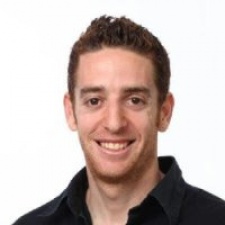 The survey, which had feedback from over 1,000 app developers, claimed that when it comes to monetisation, 84% of developers monetise their apps through ads, while 61% are said to generate the most revenue from them.

Just 27% of respondents said they made most of their money from in-app purchases - though it should be noted that not all respondents were game developers. While ad use is rising, IAPs are typically the drivers for monetisation in the top mobile games.

Elsewhere in the survey, an infographic for which you can see at the end of this article, MobFox found that 38% of developers claimed banner ads are currently the best performing ad format in general for apps, though it noted videos are rapidly growing in popularity.

Interestingly, despite claiming that App Store Search Ads are a huge opportunity for developers, 68% of respondents said they either hadn't heard about this or simply don't use them.

To find out more about the numbers and what they mean for mobile games developers specifically, we spoke to Gil Klein, EVP of MobFox parent company Matomy.

PocketGamer.biz: Your survey found that 61% of apps generate most of their revenue from ads. When it comes to games, how lucrative are ads and how significant do you see revenues becoming in this area?

Ads have the potential to bring in significant revenue as the primary monetisation strategy when executed correctly.

Ads, on the other hand, have the potential to bring in significant revenue as the primary monetisation strategy when executed correctly.

What have you found to be the most effective type of ads for mobile games?

In our annual mobile survey of 1,000 app developers, we found that the best performing ad formats are still banner ads, but app developers are increasingly opting for video ads. In comparison with our app developer survey last year, video ads grew 55% in popularity.

Right now, banner ads are effective, users are used to them, and with targeting capabilities they’ve become more successful. As mobile games become more advanced and interactive, however, users are also becoming accustomed to ads that mimic this trend.

With the popularity of video ads rapidly increasing, do you see these becoming the most popular ad type in future? Or will it be something else?

Video ads are growing in popularity rapidly, while banners and native ads continue to prove effective and successful.

As the industry continues its push for better data-driven technology that allows for more precise targeting capabilities, however, the most popular ad type in the future will be the most personalised one for the user viewing the ad.

That is, as users become more comfortable with ads in general and the industry’s data-driven technological capabilities grow, the most successful ads in the future will be those whose type, content and characteristics are personalised and targeted to the person viewing it.

Your infographic says the more ad monetisation partners the better. Why do you think this is, and why aren’t developers using more?

Adding more ad monetisation partners to your monetisation stack doesn’t only mean that more demand sources are bidding for your inventory, it also means you can compare the service, the technology and the data capabilities.

Having more ad monetisation partners requires time and expertise to manage properly, but if you have a large amount of DAUs on your app it is well worth the effort and you will see it pay off at the end of the month.

Are users taking longer to make IAPs than ever? If so, why do you think this is?

We were extremely surprised at how few app developers were aware of App Store Search Ads.

The market has changed, users are much more comfortable with the App Store and the sheer number of apps available, and they’re used to immediate gratification.

Thus, they give themselves time to decide whether an app is worth spending money on, instead of either rushing to purchase or delete the app altogether within the first hours after download.

68% of developers haven’t even heard about App Store Search Ads. Are you surprised by this? Just how useful can it be for developers?

We were extremely surprised at how few app developers were aware of App Store Search Ads, as they pose great potential for acquiring new users.

Launched in October of last year, App Store Search Ads shows your ad to users searching for relevant apps. They bring apps to the attention of possible new users and are outperforming other user acquisition strategies.

By bringing an app to the attention of relevant users, gaming app developers can maximise the possible engagement level of those users, show them relevant ads within the app once downloaded and unlock their app’s profitability.