Namco Bandai: 'Carriers are worried they'll end up with a mobile games duopoly'

Which is why the company is ramping up its Euro efforts 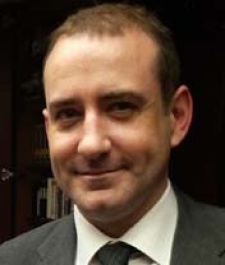 The company is one of the biggest mobile games publishers in Japan, while its US division has also prospered. In Europe, it's been a different story - something O'Neill joined the company seven months ago to try to change.

We're making progress, he says. The business wasn't really aligned with current market trends in Europe. In the last seven months we've been hitting the rewind button and fixing the fundamentals.

That means building up OEM relationships, revitalising D2C marketing efforts, and improving handset coverage. The latter was a particular Achilles Heel for NBNE in the past - even Pac-Man was only available on less than 50 per cent of handsets in some countries.

"We're also aligning our mobile portfolio with console, and developing our relationships with the likes of Nokia, Sony Ericsson, HTC and Samsung, which we didn't really have in the past," says O'Neill.

"We've always had great heritage and brands, but we didn't have the reach or coverage to be realising their full potential.

Happily for NBNE, the success of these efforts has co-incided with the departure from the carrier market of some of its direct rivals - Vivendi Games Mobile and THQ Wireless, for example.

O'Neill's initial aim of becoming the fourth largest mobile publisher in Europe may almost be achieved by default, although the likes of I-play and Digital Chocolate will doubtless have something to say about that prospect.

However, cracking the Big Three - EA Mobile, Gameloft and Glu Mobile - could be another story. Aren't they set to dominate the carrier decks even more?

Not so, says O'Neill. We have a position where some carriers are worried that they'll end up with a triopoly, or a duopoly even, which will really restrict consumer choice, he says.

EA may be bringing great games from Taito and Eidos and others to market, but you still need to have a broad range of vendors.

There are wider problems affecting the mobile operators, of course. They might not talk about it publicly, but some carriers are seeing games sales down 20 to 40 per cent year-on-year, partly because many of the keenest mobile gamers now have iPhones.

On the plus side, this is accelerating the move of some operators towards Apple-style App Store retail models. Individuals in carriers have wanted to run an open model for some time, but it's not really a carrier mentality model, says O'Neill.

But Apple have endorsed that model and shown it can be successful, meaning that people in the operator games teams can go to senior management and say 'We need to open up and gve a 70 per cent revenue share'.

Of course, there are obstacles (not least the fact that the senior management might say no), and the fact that operators will always have a greater fragmentation problem than Apple does.

What about iPhone, though? Namco Bandai Networks' line-up has included retro titles like Pac-Man, Pole Position: Remix and Ms. Pac-Man, but also 3D titles I Love Katamari and Alpine Racer.

On the development side, Namco Bandai's Japanese, US and European arms are all involved. "All three of us are developing and commissioning, and Namco Networks is putting the games out," says O'Neill.

"We're also trying to move beyond the core Namco Bandai demographic, so we've just put out Rolling 5 Dice Poker, which is a more low-cost game. We're trying to use iPhone to show that we are a global business, and to also increase our volume and quality of content."

But coming back to Europe, and how that content roadmap is evolving, O'Neill says NBNE will continue to update its stable of retro games - Pac-Man just got a remastered version for example. Then this will be complemented by games based on current Namco Bandai console titles, and other licences.

"We're not putting specific percentages on it, but we will go with our core Namco Bandai brands and complement them with local content if we can," he says.

"We have acquired some local licences for certain European makets, but we're not talking about these yet.And then there are other games we feel fit quite well with our portfolio, like Popeye and Snoopy."

In the past, Namco's Japanese heritage has been a bit of an obstacle in Europe - the mobile games ecosystem has been so different, the company struggled to change its approach to fit.

However, with steps being taken to address that, O'Neill says the company's heritage is now one of its key strengths.

"The mobile business is crucially important in Japan, so in our organisation there is a very high awareness of mobile right up to the top," he says.

Meanwhile, Namco will continue to experiment with new promotional technologies, including the Facebook application it launched for More Brain Exercise recently.

Connectivity is also becoming more popular, following the success of the high-score uploads in the recent Pac-Man Remastered game.

"We're delighted with it, and will be putting it in every game from now on," says O'Neill.

Namco Arcade delivers try before you buy for Java via Facebook

Namco to close down mobile branch?