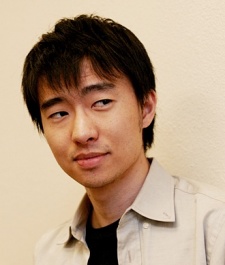 March 11th, 2009 - 05:49pm
By Stuart Dredge, Contributing Editor
You might think that iPhone needs yet another mafia-focused social game like it needs a hole in the head. Or, indeed, a horse's head in the bed. Playdom would disagree though. The company is bringing its MySpace hit Mobsters to iPhone, with more titles to follow.

It's a big deal, considering more than 13.4 million people have installed Mobsters on their MySpace profiles  with Playdom also responsible for Bumper Stickers (10 million) and Own Your Friends! (9.5 million) among others.

23 per cent of our users come to our games every day, chairman and co-founder Rick Thompson tells PocketGamer.biz. We think this user engagement is part of our secret sauce and our success. But what we're doing now is going beyond MySpace, and mobile is particularly important to us.

Playdom is starting with iPhone, as are rival social games publishers like Zynga and SGN. Mobsters: Big Apple is the first title, but more are on the way.

A lot of our games will be launched in the next couple of weeks, and we're planning on making iPhone part of our initial product strategy too, says Thompson. In the future, when we launch a new game, it will be on the iPhone as well.

Interestingly, Playdom is keen to make money from iPhone not just through selling its games and/or advertising, but also through micro-transactions.

The more engaged players are, the more likely they are to spend, says Thompson. We have a 5 per cent spend rate among our players  our of every 20 players that we bring into the game, one will end up contributing revenue to us in some form.

This is on MySpace, though. Apple doesn't currently allow in-game micro-transactions on iPhone, as the publishers of other mafia games have discovered.

It's going to be tricky right off the bat, says CEO and co-founder Dan Yue (pictured), although he points out that Apple does allow developers to point players off to a website  and since Playdom's games will be fully linked to the MySpace and Facebook versions, players will be able to pay there and use the points within the iPhone version.

We'll have to deal with this for the next three to six months while Apple gets its act together on the micro-transactions side, says Yue, who also says Playdom is keen at some point to release iPhone-only games using features like geo-location.

That said, the company's strategy isn't just focused on Apple's handset. My next interest would be BlackBerry, once they have a large enough commitment to their app store and marketing around that, says Yue. There seems to be a large affinity between BlackBerry and MySpace users, so it would make sense to us.

So what about those rivals? Zynga and SGN have released several games for iPhone based on their social network hits, so how has Playdom viewed those?

Some of these games have done very well on iPhone, but have had a lot of network issues, says Yue. It seems like a lot of the people who have moved games that are popular on social networks onto the iPhone didn't pay attention to bandwidth constraints and network issues, which is something we're working very hard on pre-launch.

It'll be interesting to see how Playdom fares on iPhone. Yue says it'll be promoting its iPhone games to its community of 20 million monthly active users on social networks, so if a decent chunk of them have iPhones, the company could become a force on the App Store.

You can look at it two ways. It's too early to tell if a massive MySpace audience directly creates a massive iPhone audience.

However, the advantage the social games companies have is that they're used to constantly refining their games and building viral growth  something that could be hugely beneficial on the ever-more crowded App Store.