Sonic Boom: 'iPhone success is about understanding your consumer' 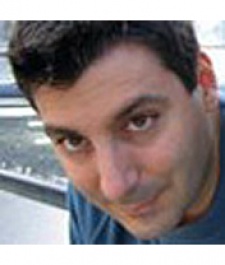 March 27th, 2009 - 01:08pm
By Stuart Dredge, Contributing Editor
The success of iPhone gaming continues to attract new entrants to the App Store, of whom Sonic Boom is one.

Actually, though, the company has been around since 2003, although its better known for music personalisation products like ToneMaker.

The company unveiled its first batch of iPhone games at GDC this week, including the horror-themed iZombie Death March, due to hit the App Store in April.

My interest came from when we were at Vivendi, we considered acquiring the company, Fasulo tells PocketGamer.biz.

We did due diligence and saw they had great products, great technology and a great team. But you know how things went at Vivendi - Activision decided it wasnt interested in pursuing the mobile business. So Sonic became an interesting place to be in.

The company is working with external developers for its titles, including Chris De Leon, who developed iPhone title Topple for ngmoco. Fasulo says original IP will be a key area for Sonic Boom to make its name on the App Store.

Games are a hit-driven business, and whats great about iPhone is that its so vibrant, with a lot of new content on a regular basis, he says, comparing it to the pretty calcified top seller lists on carrier portals - something he has first-hand experience of from his days working in Cingular Wirelesss content team.

Were definitely focused on trying to create unique experiences and drawing on Sonics background of play, create and share. Not all of our titles will be create and share, obviously, but were thinking about those things for everything we release, whether its multiplayer, or people sharing profiles and badges. Those are important parts of gaming in general. Fasulo is also enthusiastic about the potential for micro-transactions once the iPhone 3.0 software is released, saying iZombie Death March is the ideal candidate for selling extra levels and weapons under such a scheme. Its a model that allows you to create as much content as your audience wants, he says.

The challenge for Sonic Boom - and indeed any publisher joining the iPhone market - is how to cut through the clutter of 25,000 other apps.

It seems fairly clear that marketing is increasingly crucial - not just the traditional big-budget marketing that publishers are used to, but clever pricing, viral campaigns and use of social media.

Vivendi was actually one of the savvier mobile games publishers on this score, using MySpace to build buzz around its Surviving High School franchise, for example.

The consumer buying a game from Get It Now on BREW is going to be very different to the consumer on the iPhone. Its about understanding your consumer, how long theyre playing and what they really want, as well as watching the trends on the platform itself.

Lee chips in: Were investing in focus groups and surveying on a continual basis to really nail down how to position the product. And in terms of marketing, were talking to a number of bloggers and looking at interesting in-game promotions too.

"There were always limitations with the carrier marketing, but with iPhone theres a lot more you can do. And were finding that reviews of games are much more important for iPhone than they were for traditional mobile channels.

That said, Sonic Boom is still targeting the carriers for J2ME and BREW games, and plans to release more mobile games this year than last year - between 12 and 15 titles. Fasulo says theres certainly no reason to flee from the carriers to iPhone, as some developers seem to be doing.

The carrier games managers have great opportunities to learn from these other ecosystems like iPhone, he says. Theyre getting retail lessons to take home and apply to their own businesses. A lot of people are fleeing, its true, but theres still a long line out of the door of those [carrier] gaming guys. They dont want games any less!

But getting back to the market research, how does that actually translate into games? Fasulo has a revealing anecdote from his time at Vivendi, which should be required reading for big publishers who get dollar signs in their eyes at the sight of any big brand.

We did The Bourne Ultimatum, and the movie was a great success, all our carrier partners were very excited about the game, and it was well-merchandised and supported a lot of different handsets, he says.

But it just didnt sell. And we found out that the consumers buying tickets to go and see Bourne had an average age of 35. So on mobile, the game didnt really translate to that audience.

Fasulo thinks iPhone is also forcing more emphasis on quality among mobile publishers, and its this that he says was behind the decision of some publishers to quit the carrier business.

With a lot of those large publishers that exited the business, theyd built an organisational structure to support launching 30 titles a year, he says.

But its hard to justify launching that many titles if youre focused on quality experiences and great products, and really taking a shot on goal with each product.

"It was more about a mentality of putting as many products on deck as possible to get a lot of shelf space. If youre really super-efficient, thats a great way to approach the market. But if youre more game-centric and consumer-focused, it may not be as easy.

One last cheeky question, then. Did Vivendi exit the mobile market too soon, given the huge success of iPhone gaming - including its own Crash Bandicoot Nitro Kart 3D? Wont Activision be kicking itself now?

I think theyre going to be doing iPhone titles, says Fasulo, although he doesnt give any more details.

Instead, hes focused on making Sonic Booms iPhone portfolio a success, and finding more talented independent developers to work with in the coming months.