How the Unity engine is helping developers ride the iPhone wave 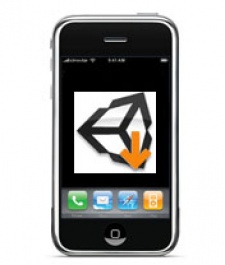 June 19th, 2009 - 11:26am
By Jon Jordan, Contributing Editor
The market for middleware for iPhone and iPod touch has been exploding this week. OpenFeint 2.1, ngmoco's Plus+ Network, Scoreloop etc - are all talking about their social networking wares. But there are other companies making their presence felt when it comes to the tools required to make iPhone games.

Danish company Unity Technologies has built up a strong reputation in the web, PC and Mac gaming world thanks to its clean, well-architected and relatively cheap Unity game development tool. And it seems to be an early leader when it comes to iPhone developers if the chatter at WWDC was anything to go by.

We hooked up with Unity founder David Helgason to find out how the company was dealing with the new market.

Pocker Gamer: When you first announced iPhone support for Unity in March 2008, I have to admit I thought it was a bit of a PR stunt, so I've been surprised about its uptake. Question is: were you?

David Helgason: Hah, you give us too much credit. We're hard-core techies and way too honest to pull something like that off. When we announced the port, the iPhone seemed like it would be a great platform for both big and small developers and a device that would be able to run Unity games quite well.

It turned out that we were slightly wrong on both counts: the business opportunity turned out to be better than anyone had expected. And not only did the iPhone's PowerVR graphics chip take really well to Unity, but the iPhone has overall become a truly great gaming device.

This was what surprised us most :)

What figures do you have in terms of the number of iPhone developers and games released with Unity?

Since Unity is licensed per-seat, and not per game, we don't require people to tell us when they launch games. We've counted over 150 games, but probably it's a good deal more than that.

The number of people working on these games with Unity is well into the four digits now. This makes it a great business, and of course means that the tools are really battle-tested. We've brought out several updates: every one of them containing new features and loads of optimisations, and with our iPhone port team at four people, that just keeps accelerating.

It's a different technology and audience compared to your other platforms so how do you ensure you support it?

Being a cross-platform tool, Unity is a very powerful and highly optimised base to work off, and then we have incredibly great developers and a thorough testing process. But really, the most important thing is simply having lots of people use Unity iPhone for a lot of different types of games (as well as other types of content).

What's your plan to support the new 3.0 OS features?

We realised that the iPhone is a moving target and because of how the App Store works, people are highly sensitive to potentially being delayed by their middleware. Instead of continuously making updates to it, we are now opening up the iPhone's native APIs to developers so that future features can be easily used without our customers having to wait for us.

And for iPhone 3G S?

It's a great piece of hardware, and contains an updated graphics chip that supports effects that one would normally only see on a full-blown computer. Unity already has all the pieces in place, so developing games to make use of the new hardware while also working great on the old hardware will be a breeze.

Are there any obviously differences between your iPhone clients and those developing for other platforms?

For one thing, our iPhone customers have the clearest monetisation strategy in the industry, and many of them are getting incredible return on investments. Time to market is even more important on the iPhone than in other areas, which is why it's so important for them to have access to production-ready tools, and our live-editing solution means that they get better games faster.
Thanks to David for his time.

There are two version of Unity for iPhone developers: Unity iPhone Advanced and Unity iPhone Basic. Licensing costs start at $399 and there's an unlimited 30 day trial version of the full technology available for evaluation purposes.

You also can follow details of Unity's ongoing support for iPhone via the blog posts of its dev team.