Explaining the reasoning behind AppLaunchPR 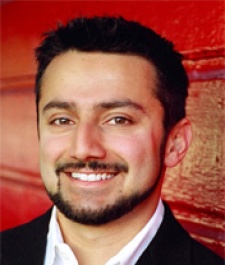 We were intrigued, so pinged VSC's 'chief talker'  his real job title  Vijay Chattha to find out more. Starting with who it's aimed at  is this an indie developer thing?

"We're really focusing on developers and publishers of all scale that want to maximize their visibility," says Chattha. "Believe it or not, but big media is looking for the same kind of niche services to gain visibility as indie developers."

On the indie side, AppLaunchPR will be looking for start-ups that have "potentially explosive" mass-market apps, with one existing example being Moderati's Virtual Zippo Lighter iPhone app, which was PR'd by VSC and went on to be downloaded more than four million times.

Will it be hard to get developers to actually shell out for the kind of PR and marketing that the company plans to provide? After all, many indie developers are handling promotion themselves at the moment, and doing a good job of building buzz.

"For developers that think they can do it all themselves, it's important to note that competition is only going to get more heavy as app platforms develop and the need to boost marketing will increase," says Chattha.

"AppLaunchPR is not as self-service as wire-service or ad-network and will be more selective in choosing clients, looking for explosive business potential."

So what are the key ways to build buzz around a new app? Understandably, Chattha doesn't want to give away too much of his company's "secret sauce", but he does point out that there's no one-size-fits-all solution.

"We believe that each app needs to take a custom approach," he says. "Apps have become so niche that the market they reach should not be viewed in the same way. The travel industry and games industry have different influence points, for example and require different strategies and tactics."

He also points out that iPhone is appealing to non tech-savvy consumers, which means low-tech approaches for apps targeting that audience may be the best way to go.

"Additionally it's important to look at a 360 marketing approach where social media, viral, power users, mobile advertising, events and old-school marketing (not traditional, old-school) approaches are considered," he says.

"Sometimes when everyone zigs, you gotta zag."