Chillingo's Byatte: Crystal SDK is 'a strategic move for us' 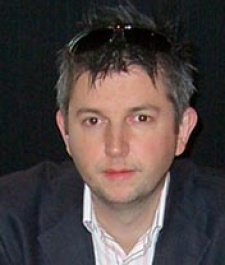 August 12th, 2009 - 08:30am
By Jon Jordan, Contributing Editor
Perhaps most intriguing of the new wave of social networking technologies for iPhone is Chillingo's Crystal SDK.

That's mainly because it's still in development and few details have been announced yet.

Still, we dropped some questions to Chillingo's Chris Byatte in the hope of finding out some more.

Pocket Gamer: There are a lot of competing social networking platforms, so why did you decide to make your own?

Chris Byatte: We're developing Crystal with the aim to make it the de facto social gaming network so it's a strategic move for us.

How will Crystal differ in terms of the features it offers?

We're attacking this problem from the same standpoint that Apple has taken with the mobile industry - to see things from a consumer's point of view. We want to create the slickest, smoothest and fastest experience so the user isn't really aware they're even using a social gaming network.

What stage is it at, and is there a release date pencilled in yet?

Progress is very good. We're close to phase one of internal testing. A closed beta will follow once we're happy.

Is it being developed internally at Chillingo?

Crystal is being developed in-house. As an organisation, Chillingo has a strong background in building distributed cloud computing architectures and content management systems so we have a lot of knowledge to draw on in terms of highly scalable and secure systems.

We have also recruited a great team of experienced and visionary iPhone user inteface architects and developers to help the cause.

Will Crystal be required for developers who work with Chillingo or can they choose what works best for them?

We expect the choice to be there, but down the line I'm sure everyone will want to use it.

How do you expect Crystal to be profitable for Chillingo?

Crystal will be a solid value-add to our developers and to the iPhone world at large. Unlike our rivals, we don't need to derive a revenue stream on it as our core business is publishing.

How many of the technologies now being offered do you think will still be around in 12 months?

The iPhone world is moving at a blistering pace so I'm sure there will be a few casualties. Listening to customers and developers is important, but so is a long term vision.

The point of such technology is to improve the consumer experience, but do you think they'll care what they're using?

We aim to be in a position where consumers are asking developers to integrate Crystal. Developers should fill in the form at crystalsdk.com to be the first to know.

Do you think Apple will start to offer some of these features in a future OS update?

Possibly. Possibly not. Whatever happens, there's no time to lose in this race to the top.