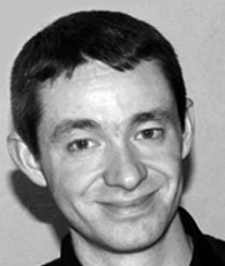 September 15th, 2009 - 01:29pm
By Jon Jordan, Contributing Editor
With the update to OS 3.0 finally reaching some sort of tipping point - especially in terms of iPod touch users - the next few weeks are going to see a lot of iPhone developers rolling out their debut experiments when it comes to in-app micro-transactions.

In the first part of a series of interviews on the subject on PocketGamer.biz, we caught up with Vincent Dondaine, CEO of French developer Bulkypix, which will be including micro-transactional options in the next update of its online brawler game, My Brute.

Pocket Gamer: What plans do you have for micro-transactions?

Vincent Dondaine: They will be shortly available in My Brute and in our next games too as it's definitely the way to bring frequent, new content to games already released.

How will you be using them?

In My Brute, you will have different things to buy. You will be able to buy content packs - with an arena, a full character set for male and female, and an additional Brute slot. You will also be able to buy character slots packs if you can't wait to unlock the nine you can have in the game, or when you already have the maximum to enable a bigger dojo.

There will be the option to buy full control over your dojo so you can customise all characters when you want and to delete Brutes you don't want without closing your dojo. And, for biggest fans, there will be an in-app purchase to buy unlimited combats to grow your dojo faster.

At the same time Bulkypix will continue to add new free content.

Will you charge more than the 99c minimum?

99c is the basic price but yes higher prices are possible. It depends on what new content is provided. As was the case last year, in terms of game and app pricing, I think the right price will be found progressively.

Do you think it would be more helpful if the minimum price was lower than 99c?

Yes. It would be good, for example, to have the option of 20c or 45c for small items.

How big a concern is the lagging of iPod touch owners updating to OS 3.0/3.1?

What we see from our games is that the 3.0 update rate is now high on iPod touch although lower than iPhone.

This is understandable because of the price of updating. But we've decided to support OS 3.0 to use the new functionality that's available. Of course, this means people need to update their OS, but that's the price we pay for innovation.

What benefits do you think micro-transactions provide for gamers?

It's the guarantee you'll receive well made content. If developers make more money from their games, they can bring regular and innovative content to released games.

I'm not saying everything need to be sold. It's always good to bring fresh and free content to people who have bought your games but in-app micro-transactions are definitely a good way to enable us to release deeper content.

I understand players are now used to spending 99c for games that receive frequent, free updates but the reality is this isn't sustainable. It's not possible to earn enough money to pay your development team to create new things and to entertain players in this way.

I think it's important to share this with players.

At the moment, only 100 of 10,000 games will earn enough money. The remainder won't. In this way, the in-app purchase is a good way to keep independent developers working on the App Store, and creating more games with incredible concepts and innovative features. And that's what Bulkypix is doing.

How significant would it be if Apple enabled in-app transactions for free games?

From a developer perspective, it would be good to have alternative business models, such as free to play games with access with premium options but from a player perspective, that's not a free game anymore

In this way, I think Apple made the right choice to keep a real free game category. Paying 99c for a game is a low price point entry any way.

Thanks to Vincent for his time.