Castelnuovo: all our new games will use in-app purchases 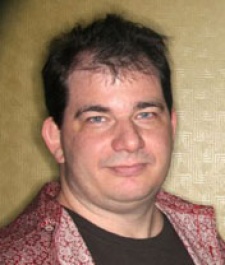 December 3rd, 2009 - 09:17am
By Jon Jordan, Contributing Editor
Since in-app purchases were added to iPhone developers armoury back in October 2009, weve been keeping a beedy eye over the acceptance of the business model-cum-additional content delivery system.

One of the key titles to start using in-app purchases has been Pocket God. Not only because of its huge audience - over one million downloads to date - but also because of its tweenage demongraphic, which was thought to be less likely to buy additional content.

We caught up with Pocket God co-creator Dave Castelnuovo to find out how the new regime had played out since the introduction of in-app purchases in Episode: 26 Good Will Haunting.

Pocket Gamer: What have you learnt from your experience with in-app purchases?

Dave Castelnuovo: We were pleasantly surprised we didn't receive more backlash when we included in-app purchases in Pocket God and moved to OS 3.0. At first, a few people complained but that went away after the first week.

What proportion of players have been buying them and can you make any judgements about what sort of players are prepared to buy virtual objects?

Overall, in-app purchases have a cycle that is similar to overall sales except it tapers down quickly over time. The very first day they are introduced, we get more skin pack sales than app sales but then it settles to around 7-10 percent of new app sales over the next four weeks. We see a slight increase in this percent over the weekend and when a new update comes out.

We probably get the initial boost because we have a large and active install base and see a 20 percent conversion of users once they download the latest update. Those users tend to update within a few days of an episode's release and once a majority of people have updated, we drop down to the 7-10 percent figure.

As far as what kinds of players are prepared to buy virtual goods, we don't really have any demographic information about our customers so it's not very clear. If I was to guess - and it probably seems obvious - the players who play our app the most are the ones that buy the skin packs. If you want to sell more downloadable content you need people to open up your app every day.

What ways have you learnt to encourage users to buy in-app purchases?

We don't try and sell them or convince them this is the best thing since sliced bread. I think most people can see through that anyway and they appreciate not getting the hard sell. We just level with our fans and tell them why skin packs are important to Pocket God, that it helps justify continued development on this game instead of moving onto something new.

If they like the skin pack and want to help us, awesome. If they don't want to buy the skin pack, no worries, they still get loads of new content.

So I think the main factor is value. In-app purchases need to offer something that people want and is worth the extra money. In our case, we almost do it in reverse. We offer so much value for the initial price of the app that some users buy skin packs even though they weren't interested in the content. They just want to support our efforts.

Have in-app purchases have what you would describe as a "significant impact" in terms of revenue?

We aren't releasing any actual figures yet but each skin pack generates a decent amount of revenue.

Do you expect to be implementing in-app purchases in all/most/none of your future games?

Yes, in-app purchases will be a part of every app we create from now on. However, it will likely be limited to bonus content.

For most games, I don't think in-app purchases will ever rival new app sales. Some apps might figure out ways of making it work, but I think the mechanisms will be unique to that actual game or game genre.

Our strategy with our next game is to provide enough value that we can offer it at a higher initial price point. Looking at the top grossing lists, it seems that over the long term, higher initial price trumps low price supplemented with virtual goods. But the value needs to be there to justify the high initial price.

Is there anything Apple could do to encourage more use of in-app purchases?

It's already easy for players to make an in-app purchase and it's really easy for a developer to add them to their app. Since the purchase takes place in the game itself, it seems like it would be hard for Apple to promote the virtual goods of a particular game.

Thanks to Dave for his time

If you haven't yet experienced Pocket God, we're embarrassed for you. Get it now via this App Store Link, or follow what Dave's up to via Twitter.