Building up a touchy iPhone brand 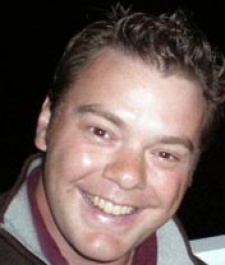 December 15th, 2009 - 08:29am
By Jon Jordan, Contributing Editor
One of the many companies which has been working out how to combine its existing mobile business with the likes of iPhone during 2009 has been US-headquartered, Russian and Belarusian developer-centred PressOK Entertainment.

It recently announced its iPhone game Finger Physics had been downloaded 1.9 million times in terms of free and paid games.

So we thought it an appropriate time to find out more about both situations from veep of sales and business development Ryan Morell.

Pocket Gamer: Considering PressOK's background with publishing licensed mobile product such as America's Next Top Model, what's been your approach with iPhone?

Ryan Morell: Licensing IP is almost a requirement in the traditional mobile games market if you want to succeed. There are certainly benefits to licensed IP on iPhone, but it doesn't play nearly as large a role as it does on other platforms.

Typically our process is to identify a game concept and then determine if a brand enhances the game itself, or the game's revenue potential. If it does, we'll look to partner with the appropriate brand, if it doesn't, it doesn't original IP is just fine with us.

What was the inspiration behind Finger Physics?

Finger Physics started as the side project of one of our developers as he learned the iPhone environment. The first version was a basic stacking game with cool graphics, and the graphics pushed us to make it a full blown project, not the gameplay.

After that, we played around with 10 - 15 different gameplay modes, picked the ones we liked the best, and went from there.

Why did you think another physics-based game would do well?

We thought Finger Physics could do well for the same reason that movie studios think their next 15 romantic comedies will do well. The reality is that any game any company could possibly make will fall into a category where substantial competition already exists.

But, as with most things, if you create a product people like and market it to them in a way that grabs their attention, you've got a chance to succeed.

My perception was Finger Physics was a slowburner, so what did you do to encourage sales?

So many things play into the success of an iPhone game, so it's difficult to say what worked and what didn't. Everything from the name of the app, the screenshots, and the fact that we offered a free version made a difference.

We are very proactive about interacting with our fans and enabling them to spread positive word of mouth. We think a big driving factor is the humour we've incorporated into the marketing.

We just started a new campaign with Pinky Bandito and our veep of development that gives it a quirky twist. Check it out at the Finger Physics website.

The combination of a free and a paid app is massive but lots of people do this too, so why do you think it worked for Finger Physics?

We believe a free version with a lot of gameplay, minimal ads, and a soft up sell is a pretty good consumer experience versus an experience with a ton of ads, five minutes of gameplay, and constantly asking to upgrade to the full, paid version. The former is what users get with Finger Physics.

Iphone gamers have a short attention span and can be fickle - as they should be with so many options - so part of it is giving them enough to get them addicted without giving them so much they see no value in upgrading.

Combine that with a fun game, good marketing materials and you at least give yourself a shot at success.

Have you done any in-app advertising yet?

We added in-app advertising to the recent update of the free version of Finger Physics, so ads will be shown on the main menu screen and the select level screen. It's as minimal as we could get.

In exchange for making people deal with the ads, we're going to add new levels every 2-4 weeks, depending on the Apple approval process. We'll be adding levels to the paid version too however, so the ratio of levels in free/full won't change.

What's next for Finger Physics?

We have updates for both the free and paid versions going through the approval process, so we're continuing to update the game with more content.

And as of today, we're planning on at least two additional updates for the free and paid versions. We don't believe sequels necessarily make sense in the App Store when you can provide updates and micro-transactions to an existing, captive audience.

We'll pump out updates with more game modes and levels as long as it makes sense.

Also, we have a few additional titles in development and we're continuing to support our existing titles such as America's Next Top Model, which we just launched an update for, and a port of a popular casual Flash game called Bumper Stars.

Thanks to Ryan for his time.

You can keep up-to-date with PressOK via web and its blog.