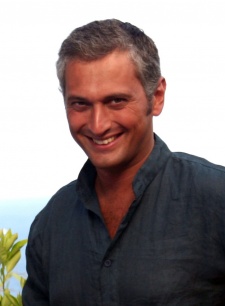 December 26th, 2009 - 09:33am
By Chris James, CEO
The Samsung Application Store Developer Challenge 2009 brought together some of the world's top mobile development talent, all vying to scoop a chunk of the $330,000 prize money.

The results were announced on December 24th and are already available on the official site.

The winner of the main $100,000 prize for the best Italian language app was DDM with its app Cinetrailer. We caught up with co-owner Marco Dufour. Pocket Gamer: How do you feel about winning this prestigious prize and what are you going to do with the $100,000?

Marco Dufour: As one can imagine, we feel really great about winning. What's particularly important for us, as we are a small company, is that we managed to get our efforts acknowledged by a company like Samsung. This gives us confidence future projects, since we now know we can make it.

As for the money, we're planning to invest in our development team, to make it grow and get ready for the next challenges. We believe that the mobile market is on the verge of a great expansion and we definitely want to be part of it.

Why do you think Cinetrailer won?

I think that our app has two big pros: it is very clear what it does, and it's easy to use. Cinema in your pocket means you can easily browse movies on the move. We tried to keep the design as simple as possible and we tested it a lot before release.

What inspired you to make Cinetrailer?

As a company, we operate in two different branches. On one hand we develop distributed applications, on the other we are also online editors - we develop and maintain online publications. One of these is Cinetrailer.it, a service site which provides users with information about movies, giving them the possibility to watch trailers, see show times and theaters where films can be seen.

We wanted to provide the same service to mobile users and to do this we totally redesigned the navigation and simplified the user interface. Basically you start by choosing between four categories: new additions, now showing, upcoming movies and home video. Then you can visually navigate the list of movies which correspond to your choice, see the trailers and, if you wish, you can get further information, such as the plot, the cast and show times (if the film is being played).

We launched the application for the UK and Italian markets. For the future we are working on localised version for other countries such as France and Germany.

What was the most difficult part of developing the app?

Without any doubt, one big difficulty was time. The deadline was very close. In the end we had just three weeks to build the application from scratch, test it and debug it and therefore we had to work long hours.

The second was the platform. We are very competent Windows and .Net developers, but we found that the Windows Mobile platform doesn't have the same flexibility and lacks many tools we normally take for granted when working on a PC. This forced us to make some drastic choices during the development phase and to use our creativity to bypass occasional obstacles.

However, in the end, I think that this turned out to be an advantage, as it forced us to produce something extremely easy to use, so we are pretty happy with the final result. What part of the app are you most proud of?

The interface, which is as simple, natural and intuitive as it can be. In the end we managed to keep us faithful to the less is more attitude, developing something which is easily understandable and does exactly what it's expected to do.

Can you explain a little about DDM?

Our company has been around since 1997, which for the internet and the mobile world means almost aeons, particularly in Italy. We see ourselves both as techno-artisans and as a think-tank and during our twelve years of activity we have always paid great attention to the new media scene, starting from the internet and going on with the mobile world, which we see as a natural extension of the web.

We collect ideas, waiting for the best opportunity to release an application. Meanwhile we gained programming knowledge and concentrated on producing editorial contents for our online publications in the entertainment segment, particularly our main project Zapster.it (360K unique users/month) and its spin-offs Cinetrailer.it and Gamez.it.

We've been working heavily on mobile projects for the last three years. We built the m-site version of our projects (m.zapster.it, m.cinetrailer.it) and acquired experience providing editorial feeds for thirdparty widgets. The Cinetrailer app was our first application based on Windows Mobile technology and for us it has been a great challenge and success.

How did you find out about the Samsung Developer Challenge?

As I said, we've been following the mobile market closely for years, attending the most important conferences. We know that Samsung is one of the top players and we always pay great attention to the products released by such a big company. On its site great emphasis was given to the Samsung Developer Challenge, so we thought the time to transform our ideas into reality had finally come and decided to take part in the competition. What do you think of the Samsung application store and the Bada platform?

Samsung's approach to the application business is extremely professional. Its application store is as intuitive and easy to navigate for users as it is well organised and safe for developers. The process required to certify an application is fast and the publication interface is accurate and detailed. The market was waiting for a professional app store devoted to other platforms than iPhone or Android, and the one put up by Samsung seems to be the right answer to this need.

As for the Bada platform, I think that everybody has great expectations for it. Maybe it's not a big revolution in terms of interface but it represents the creation of a whole new global market. The development kit is one of the most detailed around and it comes with API for every feature of the operating system.

And the fact that Bada is supported by Samsung also means the installed base will soon be huge, which is the most important key in determining the success of a new platform. Bada won't represent a big change just for developers, it will mean a lot also to end users.

Until now developers had to waste lots of time creating proprietary libraries that enabled them to overcome the limits of the standard interfaces. Thanks to Bada, this time can be dedicated to the apps instead, to make them better, faster and easier to use, so that users can enjoy better products.

What do you think about the current state of the mobile applications market?

We are 100 percent confident that the mobile market is about to explode and that it will surely be the next big thing, not only in the application segment - which is already a solid and fast growing reality - but also in other segments, like the mobile internet and related services.

There are still some problems to overcome though. The most important one is carriers' pricing policies about the streaming of data on mobile platforms. That is truly a case of strategic decision and scale economies. Carriers need to charge less to a much bigger base, instead of charging more to fewer people.

Luckily, we started to see things slowly changing in this regard and we believe that 2010 can be a turning point, and this will mean a great increase in business opportunities for everyone in the market: carriers, device producers and developers. So, yes, we're pretty excited about the future. What's next for DDM?One of the reasons of this success is that we like what we do, and that's because what we do gives us the opportunity to learn new things every day. So for the future we plan to keep on growing, both in competence and, hopefully, in business terms.

We will implement new features in the next version of the Cinetrailer app and launch other mobile and web applications. We will also keep on working on our sites to make them better, as it will compel us to produce new content and we believe that content, together with service, accessibility and distribution is one of the key elements to win an audience.

Finally, is there anything else you want to say?

I'd like to thank the team for the enthusiasm and the effort spent in this project and Samsung for having given us the chance to show what we can do.

Thanks to Marco for his time.

You can check out what DDM gets up to in future via its website.Or read the full list at the Samsung Developer Challenge 09 winners website.