Also looking for publishers for DSiWare and PSP Minis 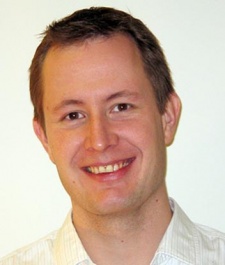 January 21st, 2010 - 09:45am
By Jon Jordan, Contributing Editor
In a year where all developers are studying the range of different mobile gaming platforms, Finnish studio Rovio Mobile has been quick to support Nokia's latest smartphone, the N900.

With two launch titles already released, we caught with CEO Mikael Hed to find out what it was like developing for the N900, as well as getting his opinions on the wider market conditions.

Lead technology engineer Miika Virtanen helped on with some of the more technical questions too.

Pocket Gamer: Why did you decide to develop Bounce Evolution and Angry Birds as launch titles for the N900?

Mikael Hed: Bounce Evolution was a collaborative project between Nokia and Rovio to test the performance of the N900. Thanks to the Bounce project, we knew very early on that the device was going to be very powerful, and that developing applications for the Maemo OS was very easy.

The reason we chose Angry Birds as a launch title was simply that we were releasing Angry Birds for the iPhone at the same time, and with our experience with the device, there was a bare minimum of effort required to make a Maemo version in parallel.

What reaction have you had in terms of sales and customer feedback?

Angry Birds had already been launched on App Store before it came out on Ovi Store, and it had a great review average from iPhone reviewers and users alike, so we expected a good reception from N900 users as well.

Even so, we were quite surprised by just how the N900 community immediately took the game to heart. The game obviously made many people very happy, and that is really the greatest achievement that anyone who creates entertainment for a living can hope for. Well, maybe the greatest achievement is huge bundles of cash, but making people happy comes a close second.

In the first week that Angry Birds has been on the Ovi Store, it has been downloaded almost as many times as the iPhone version in six weeks. Given that most N900 users have not even used Ovi Store yet, we are confident that there will be many more downloads in the months to come, and are sure that the N900 version will be very profitable.

What's it like developing for the N900 and the Maemo OS?

Miika Virtanen: Now that the Maemo platform has matured, it is quite a pleasant environment to work with. On some other platforms you might end up using a lot of time just trying to find workarounds for bugs and avoiding pitfalls in the platform. On Maemo, things just tend to work, and if something doesn't work, it tends to get fixed rather fast.

The open nature of the platform makes application development a lot easier. There are no hassles with DRM or certificates, you simply run a script to build, upload and install the game wirelessly to any device you choose.

How easy it is to develop games across the multiple platforms?

Miika Virtanen: The complexity of multi-platform development depends on the type of game being developed. It's relatively easy to design multi-platform technology based on the lowest common denominator, but that severely limits the ability to make high end games.

We've raised the bar in our platform to support seamlessly anything from low-end Brew to cutting edge games like Bounce Evolution on the N900. This creates complex requirements for the design and portability of the code when there is no guarantee that even the basic programming language features work correctly on all platforms. But once that groundwork has been done and abstracted into the platform, the actual game programming becomes a lot easier and porting can be as easy as a simple recompilation to a different platform.

More generally, as a game developer, how do you decide which games will go on which platforms?

Mikael Hed: We take several factors into account. We look at the size of the market, the revenue share model, the visibility we can expect to get, the price we can charge for the game, the amount of competition, and how much effort it takes to develop for each platform.

DSiWare and PSP Minis are interesting platforms for us, and Angry Birds is well suited for both of them. We are currently looking for a publisher who would like to partner with us on the Angry Birds case.

How is Rovio operating in terms of balancing work for hire and developing its own IP?

Work for hire serves two purposes. It gives us the stamina to wait for our own IP to start generating cash, and developing high end games for all the latest phone models keeps our skills honed. Developing own IP is high risk activity, and it usually takes several titles before a developer starts earning money.

It's therefore prudent to lower the built in risk of the industry by always having one foot in the work for hire camp. For these reasons, I am confident that we will continue to do work for hire regardless of the success of our own titles.

Do you think the Java market is dead for indie developers?

Making a J2ME/Brew game requires relations to dozens of operators and the capability to port each game to some 1,500 handsets, and to translate the game into dozens of languages. Moreover, all developers are at the mercy of the operators, who either give good deck placement or not, and as a general rule will hold on to the developer's money for months on end.

What do you think is going to be biggest change for the mobile games industry in 2010?

Multi-platform development will be the big issue. Developers have started to realise only a handful of developers can make a living off the Apple App Store alone, and they are beginning to explore other platforms to augment their sales.

Developers will have to start porting their games again, because there will be a wide variety of handsets to support. Fortunately porting has been the norm for us for many years prior to the arrival of the iPhone, so this won't affect us as much as the new developers who have made their first mobile games for the iPhone.

Thanks to Mikael and Miika for their time.