Apple has raised the bar again 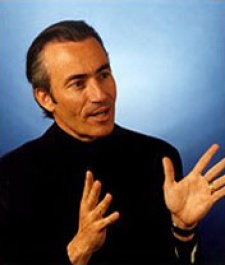 January 27th, 2010 - 07:59pm
By Jon Jordan, Contributing Editor
Never short of something to say, Digital Chocolate's president Trip Hawkins was first off the mark when it came to passing comment about Apple's new hardware.

Significantly, as much as he was enthusiastic about the device itself, Hawkins was more fired up about the way the device would open up the entire tablet market for developers, as well as kickstarting a different type of portable gaming.

Trip Hawkins: The most important long-term impact of iPad and other tablets will be the expansion of the game market to include more 'Omni Gamers' who don't currently think of themselves as gamers. These will be consumers from all walks of life and they'll initially get a tablet instead of a laptop PC or DVD player and the next thing they know they'll be playing a game on Facebook and downloading apps.

Tablet prices will drop rapidly as custom components get into high volume and there is greater supply and competition. As that happens, the video and browsing capability of a tablet will compete with the Sony PSP in the teen and young adult markets. In the pre-teen demographic the choice is really between the Nintendo DS and the iPod touch, but if tablets get low enough in price they'll also reach that market segment.

Of course it gives great games like Rollercoaster Rush and Tower Bloxx a "big screen" experience. But the big change is convenience for networked games, which applies to almost any kind of game.

Fundamentally we are going to see browser-based games make a giant leap in convenience and portability for a mass market of gamers. This will be especially great for games on social networks but will also enable a new category of disc-less streamed games of all kinds, again offering a new threshold in convenience.

Apple is the best at computer design and user experience and it once again with iPad it's set the high bar and provided an archetype for the rest of the industry to follow.

We saw it with the PC and then the iPhone and with tablets we will eventually have three industry segments in which there are numerous manufacturers of clones that have followed archetypes originally established by Apple. More suppliers will mean lower prices, more channels around the world and wider market adoption.

Thanks to Trip for his time.

You can follow his regular thoughts about the game industry at Trip's OMG Blog.