Social network Crystal will support it 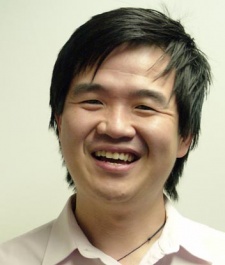 January 27th, 2010 - 09:40pm
By Jon Jordan, Contributing Editor
As one of the most voluminous game publishers on the App Store, Chillingo was always going to be keen on the iPad.

Indeed, with its focus on high end, higher priced iPhone games, director Joe Wee is looking forward to seeing what its partner development studios can do with the additional power and screen size.

Joe Wee: The iPad will create a new wave of innovation and IPs in gaming. The fact that existing iPhone games will work on the platform is great. However, I am more excited about the new wave of games that will be made especially for it. That is where the opportunity lies.

It will inspire a whole new generation of games which will bridge casual, social, web and hardcore genres. We will have a dedicated interface for Crystal for the iPad to optimise the screen and its multi-touch controls.

With a stand and keyboard, it doubles as a virtual desktop.

What do you think about the price?

Pitched perfectly! It could be a substitute for a laptop for many casual users.

Thanks to Joe for his time