Has a slate of unannounced games that will support it too 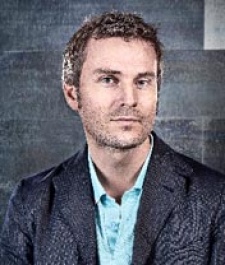 US publisher ngmoco is always at the vanguard of iPhone and iPod touch trends, so no surprise that's it's all over iPad, with plans for a new version of Eliminate, plus other secret as-yet unannounced future games.

Clive Downie: It looks like portable gaming and Apple just got even more of a foothold in the home gaming space. The iPad raises the bar for web connected gaming in any corner of the house.

Gaming crosses every demographic. As we all know it's not the domain of the geek in a bedroom, so what the iPad's done is given an outlet to anyone who wants to play quality high definition games anywhere in the house without the need for a massive laptop perched on a lap or the need to sit down in front of the console.

By the way, that untapped market of people who want to game is larger than the market of those that currently game on Xbox and PSN, so tapping into it successfully will yield great benefits.

Anything that looks beautiful, benefits from connectivity and content via the web, and sucks the player in through great use of the touch control interface will do well.

We also have unannounced games in production that are natural fits for the power and connectivity of the iPad. Those concepts just received a major additional opportunity with today's announcement.

The price. I think many of the commentators before launch were predicting a price closer to a $1,000. My sense is many netbook brands have just been taken out of the game with that price and spec and it's competitive as a gaming option in the home.

Do you have any reservations about iPad?

Personally, no. I'm an Apple fan so since converting to its OS I've grown to appreciate the way it's instinctive to control anything on an Apple device. But I think despite the success of the iPhone and iPod touch, there's still a reticence around Apple's computers.

I see comments about this being perceived by press as a 'big iPod touch' but the man/woman in the street might see it as a Mac with a touchscreen, and that will take some getting over.

Killer apps will help break down those barriers. Didn't see any of those today, by the way.

Thanks to Clive for his time.

That was the year that was: Clive Downie, ngmoco