Interest is there for iPad-specific games 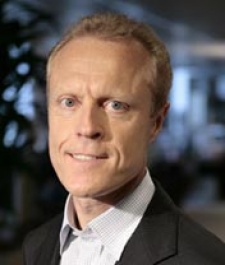 January 28th, 2010 - 04:30am
By Tracy Erickson
Michel Guillemot wants Gameloft written across the screen of every iPad.

The CEO has enjoyed leading role in shaping iPhone and iPod touch gaming, his company having released more than 60 titles since the 2008 launch of the App Store. There's no understating the success enjoyed by Gameloft on iPhone and iPod touch, but iPad presents an opportunity to seize a new position of leadership.

"This will go beyond being just a bigger iPhone or a smaller laptop," Guillemot surmised. "iPad fills the gap between the two."

Gameloft has always been a mobile games publisher, which makes iPad an unusual addition to the stable of platforms for which it develops. Yet, Guillemot believes that it's a natural evolution of the sort of gaming experiences his company delivers.

"The interface is much richer, though our experience developing games for iPhone has taught us how to use the touchscreen in compelling ways," he says.

Just how the iPad will differentiate itself from iPhone and iPod touch is a concern, given the shared hardware design elements and retail space on the App Store.

Criticism of iPad gaming potential centres on the device being nothing more than an iPod touch with a larger screen. Guillemot told us that he believes it will be up to Apple to delineate the differences in terms of how apps for iPad are sold on the App Store.

When it comes to content, however, he believes in Gameloft's ability to craft unique games for iPad.

N.O.V.A. will be coming to the device with enhancements including multi-touch puzzles and a customisable interface. Asked whether the game would be available during the iPad launch he responded, "It's too early to say if we'll have launch titles."

Guillemot sees potential for original iPad games showcasing its power and uniqueness, though having only learned of the device two weeks ago he's keen to focus on getting to grips with the hardware.

"It's quite possible for us to do iPad-specific games - stay tuned."