The world's second biggest app store is getting bigger 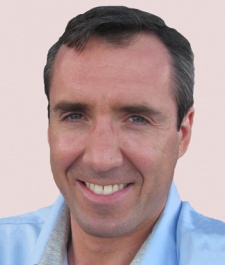 February 4th, 2010 - 09:14am
By Jon Jordan, Contributing Editor
When it comes to the distribution of mobile content, the lesson of every app store seems to be that cheap is good and free is best.

Indeed, there's no better example of how powerful this can be than mobile app distribution portal GetJar, which at some point over the coming months will serve up its billionth download, confirming its position as number 2 after Apple's App Store.

Covering all mobile platforms, with the exception of Apple, such is its utility - with 60,000 apps online - that even competitors such as Nokia use it to distribute its Ovi Store client, while GetJar also powers the free content sections of various carrier and handset provider app stores.

We caught up with its veep of marketing Patrick Mork to find out more.

Pocket Gamer: So how are things going at GetJar?

Patrick Mork: The past 12 months have been our best year ever in terms of download growth. To give you an idea, when I joined the company a little over 14 months ago, we were doing around 12 to 13 million downloads a month.

We're now doing well over 50 million downloads a month, and are the second biggest app store after Apple's App Store in terms of volume. GetJar will hit a billion downloads in the next few months.

Is that rate sustainable?

We don't see any reason given our growth over the past six months that we shouldn't be able to hit 100 million downloads a month during the next couple of months.

Isn't the market's going to get more competitive?

There are other companies out there with deeper pockets but I don't think it's a coincident that neither Android Market or BlackBerry App World have ever published download figures. Content publishers are looking for scale and with 50 million downloads a month in over 200 countries, we provide that.

Secondly, we provide great analytics. We relaunched our portal two weeks ago and if you sign up and open an account on GetJar, publishers will see the kind of analytics they dreamt of having from carriers. We give you every piece of data you could want from downloads by country, by operating system, by handset, by network, and cross pollination of those.

We also have conversion tracking so you can see what happens from the minute a consumer clicks to successfully downloading your app. We can measure conversion by country, by OS, by handset. This is unparalleled.

Our third component is our Pay For Download option. What typically happens on the carrier deck is if you want additional deck placement, you have to buy a banner ad. On GetJar we have a service called Pay For Download, which is like Google Ads, and it allows you to bid for premium visibility. The cool thing is you can geotarget your bid in terms of geography or handset and you only pay for the downloads you get. That's great from a publisher point of view, because it allows you to control your spend.

Before moving to GetJar, you worked for mobile game publishers, so how's that transition been?

When I worked at Glu and I-play, I thought mobile content would eventually have to be given away for free. You see the statistics and the penetration of mobile games hadn't changed from 4 or 5 percent of consumers over the past five years. Something's stuck.

Sure, part of it is discovery and carrier control of the decks, but the other part is billing. Someone with a prepay balance of £2.20 isn't going to pay £3 for a game. The value proposition of games is a difficult one.

The second thing is carriers aren't well equipped nor do they have the right culture to handle content. Going into Vodafone Global to sell a game was like going to see the Wizard of Oz. And that's not good for consumers because a lot of creative content doesn't get the chance to reach consumers because of the limitations of deck placement.

Of course, when I was approached by GetJar's investors, at first I didn't really get it either. But when I went over to Lithuania and met with Ilja [Laurs, CEO and founder], I saw things differently.

For a company with an off-portal website and no marketing, their download numbers of 10 to 12 million a month were amazing. I thought if these guys are able to do this with the website they've got, with no carrier support, and no marketing, there's got to be something here.

I had always been a big believer that off-deck would take off too, it was just a matter of time. Mobile's going through what the internet was going through ten years ago with AOL and the walled garden.

How can you create a business by letting people give away their content for free?

The key thing is we provide the opportunity for publishers to monetising on the backend. For example, you can redirect consumers who want to upgrade to the full version of your game.

Next month we will be introducing a new part of Pay For Download, which is carrier targeting. This means that not only can publishers geotarget ad campaigns by country or handset but also by carrier. So if you're Gameloft with your own portal on O2 UK, you can promote your game demos on GetJar and then deep link to the full paid version of the game on your O2 portal.

What we're telling publishers is something I've believed in very passionately for the last five years, which is demos and trials versions are a key way of getting consumer to try content, especially games.

Presumably this is important for developing countries?

If you look at where the traffic is coming from on AdMob or GetJar, a lot is from countries where there's a huge amount of demand for mobile games and apps but the vast majority of those consumers, such as in India, are on pre-pay.

Unless the games industry changes its business model, it's never going to be able to tap into those high growth markets. You need to think up ways to give this stuff away for free and monetise on the backend. What we offer is the tools for promoting content and the tools to reach those consumers. Sure it's a different model, but it works.

Do you think the games industry is that flexible?

The great thing about the games industry is that a lot of people working in it are very entrepreneurial and creative and they're coming up with a lot of ideas. A year ago when I moved to GetJar and spoke to the big publishers, they were super sceptical.

That situation has completely changed. Two months ago we signed a contract with EA and it's now running trials in the UK, and some of its free trial games are in top 10 most downloaded apps. People will come around when they see they can make money on GetJar. It's just a question of time.

Over the past year, we've done two or three dozen deals with carriers such as 3 UK, Vodafone Romania and Vodafone Ireland, plus some aggregators and thirdparties who link to the GetJar store.

For example, with Sony Ericsson's PlayNow Arena, if you search for free content, you'll come to a GetJar branded link. We just launched two weeks ago with Sprint in the US too.

GetJar has made its reputation with free apps, but will you ever do paid apps?

We've experimented with this in the past, but the history of credit card billing or even PayPal on mobile isn't very good, so we've pretty much stayed away from it.

However, we are looking at introducing billing in the UK and the US later this year because we're conscious some of the larger publishers, especially in games, don't want to be seen as giving away their content for free.

Thanks to Patrick for his time.

You can find out more about GetJar via its website.