How the Blizzard start up learnt from failure to get 850,000 regular users 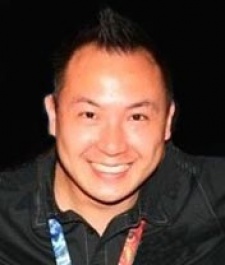 We've been following the progress of US developer Booyah for some time now.

It spun out of World of Warcraft studio Blizzard, looking to make its mark in iPhone social gaming, and raising $9.5 million of investment in the process.

But while first attempt, Booyah Society, didn't quite capture the zeitgeist, current project MyTown has certainly made its mark, and is generally regarded as being the leader in the hotly contested real-world location sector with over 850,000 users.

We caught up with Booyah CEO Keith Lee to find out about the transformation of the company and its games.

Lee: It's been insane. We're growing at about 100,000 users a week. We've been scrambling to support the growth, which is why during peak hours our app slows down a bit. But we've been making sure we have good communications with our fans and people have been cool about going through these rough patches with us.

More than the number of users however what we're really excited about is the growth in engagement. Back in December, our engagement was about 30 minutes per day. Now, with MyTown 2.0, it's up to 64 minutes a day.

How did Booyah Society lead to MyTown?

It was such a great learning experience but it was also humbling. In the past, we've been building large products such as Diablo and World of Warcraft so for us to develop something on the iPhone was different. With Booyah Society we built out a lot of features that our consumers weren't interested in, so we learned a harsh reality very quickly. It changed our mindset in terms of how we develop games.

With Booyah Society, our app and vision were too large in terms of what we could validate so with MyTown we took a step back, got laser focused, and said 'What can we do with GPS and a camera that could be super fun and doesn't require real-life validation in terms of where you exactly are?'.

What was the development process for MyTown?

We would walk out to the local Starbucks and the yogurt store downstairs and test out our app, and once we found something that five or six people really enjoyed using every day, we knew we were onto something.

Getting out there and testing with users changed how we made our product and forced us to iterate a lot more. So Booyah Society was one of the best things to happen to us. MyTown wouldn't have existed with the learnings and the technology from Booyah Society.

MyTown is currently US-only so when will you be expanding?

We're talking with several potential partners to work on their local directories in other countries, because it's our goal to expand into other regions and markets. We need a suitable partner whose database we can layer on top of in a complimentary way.

How does this work in the US?

We partner with Citysearch and it has a very wide net of locations, categories, and reviews and other information, and its data is very well distributed across the US so someone in a small town in the mid-west can still experience our game.

How do you use the data?

How do you ensure people don't max out the levels in MyTown too quickly?

Thanks to our experience with World of Warcraft, our designers know what they are doing and they build out these large spreadsheets in terms of modelling how different player types level up.

For example, we model for users such as the Average Joe and the Spammer, who wants to check in every five minutes. We've designed MyTown so that over a time block of say six hours, both these types of players will level up at the same speed no matter how much they use the game.

We'll also be releasing a new update soon that will have a lot of cool fidelity in terms of the check-in and providing more content. And we're going to evolve MyTown to make it much more social as well as introducing more viral game mechanics.

How does the business model work?

One of the great things about the real world gaming space is we're can be working with real world tie-ins that could be anything from national advertisers down to local businesses. It opens up a lot of new monetisation channels that aren't available with an abstract virtual world. We're still learning a lot about this though but there's definitely going to be lots of different ways of making money.

And we're already making decent revenue through advertising and our in-app purchases for collectible sets and gameplay items that people use to make MyTown more fun or level up more quickly.

How many of these real world games and apps do you think people can use?

There's definitely been an explosion with the check-in app. At some point they'll be a plateau and people will make a decision on the two or three apps they'll use to check into various locations. That said, if you look at our competitors, in some apps you might check in for 10 seconds but with MyTown, people are there for ten minutes and that's because making it a fun game brings more engagement and higher retention.

How far can you take MyTown in terms of its appeal?

I think real world gaming is much more accessible than other location-based apps because often people don't want to be in an abstract virtual world. And certainly once you can give them an emotional attachment to a real world location they recognise and give them a simple idea of game objectives, it opens up a new set of consumers who wouldn't care about a fantasy product.

For example, when you give people real world rewards in a fun way, that's is where the magic happens. As soon as you tell people they can get free yogurt by checking in within this game, they're like 'Sign me up'.

What's next for Booyah?

We're still a scrappy start up with limited resources so we have to consider whether to double down with MyTown. Right now, we are the leader in location-based social games and we want to widen that distance. With such a huge user base, there are a lot of things we can do that we couldn't do before.

That said, we have one or two products we're going to announce in the up coming months too.

Will you expand beyond iPhone?

In the longterm, having a product or franchise that works across platforms, say Facebook, iPhone and mobile, means you can generate unique cross promotional and viral growth so we're designing products so they can work across different platforms.

Thanks to Keith for his time.