Building an EA for the mobile internet 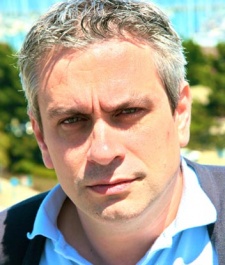 February 24th, 2010 - 08:18pm
By Jon Jordan, Contributing Editor
With its purchase of Freeverse combined with the raising of $25 million in its third investment round, US iPhone developer and publisher ngmoco has signaled its ambition to make a mark in the iPhone content space.

In the second of two interviews with ngmoco CEO Neil Young, we discover his views on going cross-platform, the potential of the mobile internet and how the freemium business model really works.

You can read the first part of the interview concerning the Freeverse deal here.

What's the future direction for ngmoco. There's been an assumption you're heading for Facebook?

Neil Young: We're going to focus predominantly on the mobile internet and the tip of that spear is iPhone. We're early in the life of this market. It's been around for 18 months. It's interesting, vibrant and fast moving.

Our sense is that it's bigger than the social web. If you think about where people consume entertainment, it's in the living room, on their desktop, or everywhere else and the iPhone represents the everywhere else piece of the puzzle.

It seems entirely conceivable that a few years from now, there could be 500 million people walking around the planet with these types of devices in their pockets and that's a tremendous opportunity. We really want to build the very best company in that space.

But 500 million people aren't going to have iPhones?

We founded the company on the basis that these mobile devices need a unique blend of usability and capability to drive the type of usage patterns that will unlock the potential of the market.

So far the iPhone is in a strong leadership position. I'd say that among the pack of competitors, Android is the furthest advanced but it remains significantly behind the iPhone and iPod touch in terms of user adoption, ease of use, purchasing mechanisms, tools etc. I am encouraged at the rate at which Android is evolving, innovating and growing but for us the real focus is the iPhone OS.

Your total funding to-date is $40 million. Is this a lot of money?

Our opportunity is to build a company in this space that's as meaningful, impactful and long lasting as Electronic Arts.

If you put $40 million into that perspective, it's a small amount of money. In real terms though $40 million is a lot of money and we intend to put it to good use.

Are you looking for further acquisitions?

I think it's important we go after games we think can be successful inside this space. For us that doesn't necessarily mean a game that will get to the top of charts briefly and then fall back down again. It's about identifying games or properties that have the profile we think is necessary to be successful in this space.

These are games that grow their audience over time, that retain their customers and have the potential when moved from paid to free, or if already free put into our network, to touch millions and millions of people. That's what we're focused on.

On the studio side, it's about finding people that share our vision, have the right DNA and can be complimentary in terms of growing the company.

You've mentioned you have around 2 percent of customers buying virtual items on a daily basis, so how many million customers will you need to generate decent revenues?

The other thing to realise is there are other mechanisms you can use to monetise people who aren't buying virtual goods, whether that's advertising, upselling or cross-promotions.

Saying you have a million people playing your game so that's only 20,000 sales per day isn't the right way to consider how the business model works when you think about the entire ecosystem.

Thanks to Neil for his time.

You can keep up-to-date with what ngmoco does in future via web and Twitter.