Success built on the back of constant updates 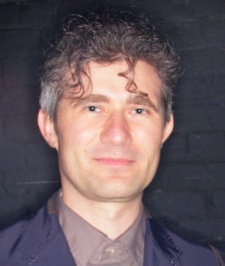 March 19th, 2010 - 01:45pm
By Jon Jordan, Contributing Editor
A year after Doodle Jump's release, and with the game vying against Bejeweled 2 as the most popular paid game for iPhone and iPod touch, it's fair to say Igor Pusenjak, one half of brother team Lima Sky, is in a good mood.

Indeed, thanks to a licensing deal with RealArcade, Doodle Jump has bounced across from iPhone with versions released for Java and Android, and other mobile platforms (BlackBerry, Symbian, Windows Mobile and Brew) planned.

Lima Sky might even do an iPad release, although not at launch.

"I want to hold the iPad in my hands and see how it works first. Then I can see if I'm inspired to expand the universe," Pusenjak ponders on the day that US pre-orders go live: we meet during GDC 2010.

Not that he's content with the current total of three million iPhone Doodle Jump sales either. "I've been trying to work out who's going to be first to four million. I think we'll beat PopCap," he says, half joking.

The more serious point is that with Doodle Jump on just four percent of iPhones and iPod touches, there's plenty more selling to do with the 99c game that's gone against the grain by not having a free version available.

Yet, as Pusenjak points out, things were rather more gloomy eight months ago.

"We dropped out of the US top 100 chart in the summer. It would have been easy to give up but we decided to push it and do the Pocket God thing and regularly update Doodle Jump," he explains.

To date, Lima Sky has released 25 updates, including new themes and items, typically on a two week cycle.

Pusenjak says it was another factor that helped Doodle Jump re-enter the US top 100. It's pretty much been in the top 20 ever since, and finally reached #1 in January 2010.

As well as ferociously following a model of constantly updating their game, Lima Sky and Bolt Creative share other traits.

Both are small - each two-strong - and have been very open in terms of building a community around their games.

"I like the model of doing a minimal release and then adding more content," Pusenjak says. "It drives activity as people want to see what's new and it encourages them back to play the game."

As he also explains, although the model is brutal in terms of development time, it seems to work better for smaller studios.

"Bigger developers and publishers just don't get constant updates. For some reason it's not the way they can work," he says. "Only the smaller developers seem to care enough."

As for the future, as well as continuing to work with RealArcade, Pusenjak is thinking about the possibilities of bringing Doodle Jump to web and Facebook. There's the small matter of a sequel, or different types of games that the Doodler character could star in, too.

Plus that press release about being the first iPhone game to four million sales of course.