Connect2Media's Hobson on heading back to the US carrier market 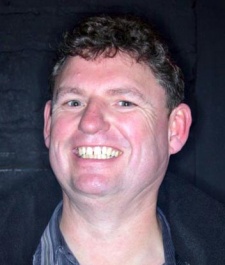 One reason is to gain direct access to US operators, while Sennari's token-based free PrizePlay platform also has potential to be applied in other areas and devices.

We caught up with Connect2Media CEO Eric Hobson to find out some more about the thinking behind the deal.

Eric Hobson: As firm believers in the carrier business, we've been looking for the right company to get us back into the North American carrier business for a long time. In Sennari, we think we've found that.

It also has the added twist that it has a different distribution or business model in PrizePlay, which is a freemium token-based platform, and something we'll be looking to use with other carriers and in other territories.

How will that integrate with your current business?

Well, it's still based around mobile games sold through carriers even if it's not paid for downloads.

Given all the things we're seeing in the market in terms of the move towards ad-funded and freemium games, that's a good thing for us. The conventional paid-for download market is a hard space to operate in so having another string to our bow is important.

Can you take it off-portal?

We could but that isn't our intention. We're very much focused on the carriers. We'll be looking at our carrier partners to see where it fits in with their business. Having taken the decision to stay in the carrier business, it's about gaining critical mass there for us.

Your press release mentioned that Apple's also changed its rules on such prize-based platforms?

The fact Apple now allows this freemium prize-based model on iPhone is great so we will try something on the App Store to test out how it works.

Did you need to raise more money for the deal?

We're currently looking at options in terms of funding future US growth, but we've been frugal and structured our business so we're not burning cash, and didn't raise any more for this deal.

You can't be a business that relies on its next round of funding any more. You have to be prepared to cut your cloth according to the market, and create a model that makes money.

How are you finding working with carriers in 2010?

They're recognising they need to be looking at their business in a different way so they're very receptive at the moment. They've seen the iPhone come along and shake things up so they are a lot more accepting than they have been in the past to different activities.

Equally, as the competitive market has thinned out, they've started to work more intensively with those companies who have stayed in, which suits us very well.

Presumably you're getting a lot of interest from developers too?

It's not just developers who want us to distribute their games. We're handling Konami's mobile games in Europe now, so we're becoming a wider conduit for getting content onto carriers.

Thanks to Eric for his time.