Gamedoctors' Hochsmann on the toil, test and revision that made ZombieSmash a top grossing game 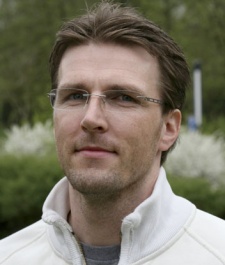 Despite being one of dozens of zombie castle defence games, and the debut title from two inexperienced German brothers, ZombieSmash!has been a big success on the App Store.

It's been the #1 paid game in nine countries, including the US where it was also the top grossing game.

Perhaps more surprising is that Matthias and Thomas Höchsmann, are by training academics with Ph.Ds in genetics research; hence the reason they called their company Gamedoctors.

We caught up with Matthias to find out his philosophy for success.

Pocket Gamer: Considering your backgrounds, how come you're making zombie games, not saving the world?

Matthias Höchsmann: Ha! Well, as any superhero would tell you, saving the world gets old fast.

But, my brother Thomas and I have wanted to make games for as long as we can remember, regardless of our academic and professional pursuits. Like many people of our generation, we grew up playing video games, and we never quite grew out of the dream of one day making games.

Why did you decide to make iPhone games?

The iPhone leveled the playing field. It made it completely viable for a couple of guys with a limited investment to jump right in and make a competitive product. The iPhone is a great gaming platform with a unique interface and a huge install base.

We saw that opportunity about a year ago and decided it was our chance to do what we've always wanted to do. So, taking a more calculated approach than many other developers were taking at the time, we got to work.

What features did you think would make ZombieSmash! stand out from other games?

To answer that, let me talk about the direction we took with Gamedoctors.

I think our approach to game development is quite different from most other start-up developers. We decided from very early on to focus on quality and polish, and to invest the time and resources necessary to deliver a really high-quality product.

We knew that we'd be competing with thousands of games that had been on the App Store for months, being constantly refined and improved.

A lot of people say there's an X Factor that determines a game's potential for success on the App Store - some kind of nebulous fun factor, or a random lottery ticket of features that happened to hit the right combination.

I think that approach is too much of a gamble. Certainly some developers have found success by throwing out concepts until finding one that sticks, but we prefer to have more control over the potential success of our games.

Every design and development decision in ZombieSmash! was toiled over endlessly, tested over and over, and revised until we were all but certain we had the winning ticket.

For us, that winning ticket is a combination of entertaining gameplay, great art and animation, terrific music from Chris Hülsbeck, and calculated PR and marketing efforts surrounding our launch.

Before launch, what were your thoughts in terms of pricing and promotion as you launched at $2 but dropping the price to 99c boosted you up the charts?

My personal thinking, prior to launch, was that the $3 price point was about where the average user started to ask his or herself, "Is it worth it?"

That conclusion may have been based in part on anecdotal evidence and personal opinion, but $1.99 for our debut product seemed like the right place to start. And our initial launch push was pretty great at that price point. We broke into the top 25 paid apps list in the US App Store.

We decided to drop our price to 99c as we saw some slippage in the charts, synced with the release of our first small update.

Within a couple days though, we were excited to receive a small banner promotion in the App Store, and that's when we saw a real push to the top. Whether we would have seen as much traction in the ranks if we had stayed at $1.99 and still received that recognition from Apple is a question worth pondering.

We still consider 99c a sale price, and will raise the price back up to $1.99, depending on what the market bears.

Do you think 99c is a price that you can build a games company on in the longterm?

It's certainly viable for some developers. There are some one- and two-person operations churning out hits and making a great living with games in this price range. They're operating with very limited overhead, and they keep the scope of their games in the realm of reality considering their sizes and budgets.

However, once you've built a dedicated base of customers who believe in your company and its products, I think it's much easier to release larger products that are deserving of a higher price point, and that can perform very well in the $4-10 range. We haven't decided on our pricing strategy quite yet.

While I don't claim to predict what the future holds, our plans for Gamedoctors are fairly aggressive. We are reinvesting and building on the success of ZombieSmash! to grow into a full-fledged studio operation.

Finally, what are you views about other platforms such as Android, bada, PSP Minis, DSiWare etc?

The iPhone leveled the playing field, giving us the opportunity to get into the business of making games, and we regard it as a serious gaming platform that's here to stay.

We're also very interested in other mobile platforms. We love that smartphones - spearheaded by the iPhone - have spawned a flurry of new gaming products, and we fully intend to play in this space for a while.

As new mobile platforms debut and evolve, we want to stay at the forefront. In particular, we're looking forward to premium partner models for these platforms, which hopefully allow higher price points in the mobile space.

Thanks to Matthias for his time.