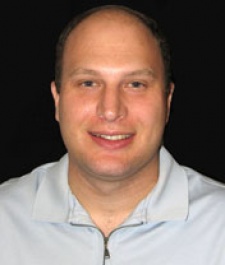 May 28th, 2010 - 02:22pm
By Jon Jordan, Contributing Editor
As the App Store market matures, it's moving from an initial focus on pricing and fast build cycles to business and promotional models that are integrated into game development and discoverability.

One such option is the Real Rewards system that's been set up by BlackBox Interactive to link advertisers, game developers and players to encourage longer play times by offering real world prize for the best or most committed players.

Launched with 2XL Games' 2XL ATV Offroad Lite, the system will also be used in the developer's forthcoming TrophyLite Rally.

We caught up with 2XL's president Rick Baltman to find out why he liked the model so much.

Pocket Gamer: Why did you decide to use Real Rewards?

Rick Baltman: We decided to integrate Real Rewards as a way to motivate players and add longevity to our games. The iPhone App Store is loaded with good games and we needed a way to stand out from the crowd.

We thought giving away real prizes on a regular basis for earning various achievements or winning competitions would both invigorate those already playing the game and provide incentive for new customers to buy or download our games.

How it's been working so far for 2XL ATV Offroad Lite?

ATV Lite is off to a great start. It's already been downloaded over 750,000 times in its first month and we're giving away two iPads at the end of May.

Its too early to tell how long players will stick with the game, but we're generating a lot of interest from sponsors who are going to put up some amazing prizes going forward. As the word gets out, I can only anticipate players feeling as excited as I am, knowing what is coming down the line...

Why have you decide to use it for TrophyLite Rally?

We're going to start including Real Rewards in all of our games from now on. We cannot see anything wrong with giving away free prizes. The BlackBox Interactive guys do all the hard work talking to sponsors, putting up prizes, running the competitions and supporting our customers. All we had to do was integrate their SDK before we released the game.

Why do you think that gamers are interested in real prizes and coupons?

We believe that giving away real prizes pumps up your adrenaline and breathes new life into gaming. Instead of playing for a trivial spot on the top of the leaderboards or to earn an achievement, you're competing for something real and desirable. Signing up for Real Rewards is completely free, so we see it as a definitive win for our players.

How much of a limitation is it that it's only for US residents?

Half of our customers are in the US and half are in the rest of the world, so it is a limitation. I'm sure it will just be a matter of time until the legal work is all sorted out. I also think only certain prizes have this restriction.

Do you think it's limiting not to use one of the more standard social networks such as OpenFeint, Plus+ or Scoreloop for leaderboards?

Real Rewards works together with Game Center, OpenFeint, Plus+ and all of the other social networks. We're also planning on integrating Apple's Game Center into our future titles and updating our recent games once it's been officially released.

Any developer who uses one of the social networks you mentioned can also use Real Rewards and the two systems will get along well with each other. The Real Rewards leaderboards are primarily there so players can see how they're doing on the current competition or promotion. You still need one of the social networks to get all of the virtual currency, friends lists, leaderboards, invitations and other features they provide.

Thanks to Rick for his time.

You can check out 2XL Games here, the Real Rewards website here, and BlackBox Interactive here.