Namco Network's Rob Schoeppe on why he's so bullish about Android

Flight Control, Learn to Fly and Crush The Castle inbound 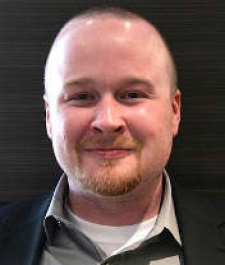 June 17th, 2010 - 04:15am
By Jon Jordan, Contributing Editor
If you have a hit game, your next step is to try and spread that success as widely as possible.

It's a strategy Namco has been pursuing ever since the days of Pac-Man, and something Namco Networks America is now emulating when it comes to breakout iPhone and web games.

With a group headed up by ex-Apple exec Jonathan Kromrey tasked with leading the charge on iPhone, the part of Namco Networks America that senior director of production and deployment Rob Schoeppe works for is covering all non-iPhone platforms; now the fastest growing and most exciting sector of the mobile gaming world.

And that's why it's on a charge to licence breakout iPhone and Flash games, with its summer 2010 release schedule boasting the likes of Flight Control, Learn To Fly and Crush The Castle.

First up is Flight Control, which following Namco's licensing deal with Australian studio Firemint, has been ported and remade by Namco's San Jose studio for Android devices, as well as Java and Brew.

Running on the Nexus One, Flight Control is the same game as has been downloaded millions of times for the App Store, albeit with some additional DRM; the Android Marketplace being a more hostile place for paid content than Apple's App Store.

Schoeppe remains bullish about the platform's long term future however.

The publisher plans to release all of the games it publishes on Android, alongside the likes of Java and Brew plus emerging platforms such as Samsung bada and Windows Phone 7 as they launch and become commercially viable.

"Android is working well," Schoeppe says. "We're seeing a lot of support and marketing spend from carriers in terms of devices and Google's Android 2.2 OS release is amazing. I have high expectations for the future."

When questioned about the patchy experience other developers seem to be having on Android, he cites its lack maturity, and that of its audience; things that can change.

"I don't think there's been enough high quality content released on the Android Market," he explains. "With iPhone, people know what to expect from a 99c game. That's not yet the case for Android."

And that's one of the reasons Namco has been so supportive of the platform, launching the first high profile game Pac-Man back in the days of the Google G1.

"That was a testbed release," explains Schoeppe. "Pac-Man's performed really well for us and Pac-Man Championship is doing really well too.

"Companies have to show commitment to the platform. You can't just release one game and say it's a failed platform."

This attitude also feeds into the way Namco Networks is treating legacy devices in terms of Java and Brew releases. With Flight Control, it's reworked the gameplay for keypad control, including slowdown and speedup options, as well as tweaking the overall pacing.

"One reason is we don't what to segment people by their device," Schoeppe says.

"But we also realise these are the players who will be upgrading to iPhones and Android in future, so by making sure we're giving them the highest quality Java and Brew versions of games such as Flight Control, we're ensuring that Namco Bandai game's have a reputation for high quality and that means the audience will buy and rebuy our games on their new smartphones."