And why it's not supporting Flash 10.1 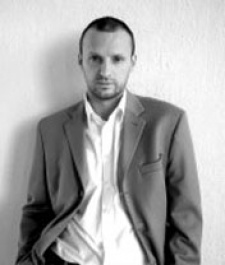 We caught up with CEO Antonio Vince Staybl to find how why,

Pocket Gamer: Why is it important to launch a new open portal for mobile games?

Antonio Vince Staybl: There is a huge potential for an entire social gaming network with multiplayer games where you can communicate and play with and against your real friends across all social networks and phone platforms.

An open platform overcomes the barriers for viral growth due to the different mobile platforms, for example an Android player can now play with an iPhone player against a Symbian player and try to win against a PSP player.

Do you think this will reduce the importance of itsmy as a closed mobile social network?

To open up was the most requested 'change request' of our gamers worldwide so that they can play with their real friends from any other network. Facebook Connect for mobile web opened up massive opportunities and showed this is the way to go.

Will you open up your platform for other developers to release their browser games, and what technology standards do you use?

Yes. We will open up and we are already in beta with mobile web game developers and we will use standard APIs which are commonly used today online. We will also support the developers with mobile social gaming and user interface-knowledge.

At itsmy we focus on technologies working on and cross all devices to get the highest market penetration which enables viral growth without barriers.

How will you (and other developers) make money from these games?

It's a classic freemium business model. Amongst other options, we'll co-operate with worldwide operators to offer our partners and gamers fantastic mobile web payments to purchase virtual goods and features.

What sort of games do you think will work best on your portal?

Social entertaining games where friends can easily share feelings, challenge each other and stay in touch - like our Graffiti Game - "Tag your friends". And, of course, classic casual games and our newest play-in-a-minute bus station mini- games

Would you ever consider releasing any of your games as standalone apps on the App Store or Android Market?

What we want to achieve is one game platform and games where all phones are connected worldwide, so we have no time for standalone app development.

Gaming portals such as Kongregate are moving onto mobile so how do you think you can compete with them?

We think they have to compete with us. We are already there, successfully running connected social games on all phones with gamers around the world and with a proven business case.

Personally I think moving into the mobile arena now is maybe a bit too late in such a fragmented market with thousands of browsers, platforms, carrier restrictions... But we would love to see a couple more big players enter in the arena to boost the competition.

Thanks to Antonio for his time.

You can find the itsmy mobile portal here.