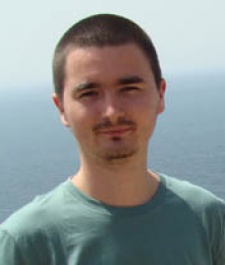 October 4th, 2010 - 08:31am
By Keith Andrew
Given Romanian studio Revo Solutions' Rise of Glory is set to launch on Windows Phone 7 on day one, you might assume the developer was bowled over by Microsoft's platform.

However, in lead developer Andrei Hanganu's view, Windows Phone 7 has some hurdles to overcome in the coming months.

In particular, he thinks Microsoft's current implementation of multiplayer through Xbox Live will need to be overhauled to enable the sort of realtime multiplayer gameplay Revo has already enabled in its Skies of Glory iPhone and Android game, published by SGN.

Pocket Gamer: How did you get involved with developing for Windows Phone 7?

Andrei Hanganu: We received an email from Microsoft. I'm not exactly sure how they found out about us  we didn't have much press coverage in general at the time, so we probably owe Pocket Gamer for the connection. Thanks for that!

What is the platform like to work with?At first everyone had the feeling that, even if the time span for the project was very short, it would be a walk in the park. XNA comes with most things that one needs  it's entertainment ready.

Overall, we didnt have to write anything but the game itself, and that saved a lot of time.

Things got a bit fuzzier, though, when we lost a couple of hours upgrading to a new release of the SDK. Also, due to the nature of our games, we suffered some performance issues with the platform. Our previous high hopes started dissolving fast after we received an actual device.

Obtaining a good level of in game performance proved to be the biggest issue, and our trick of using very low level optimisations proved useless in this environment.

What opportunities does Windows Phone 7 have to offer?

Well, the first was, of course, the opportunity to work with Microsoft.

They are nice people and do their jobs in a professional manner. Even if, right now, the platform falls short of what we were dreaming of, Microsoft's Windows Phone 7 team looks more than prepared to tackle any difficulties in the future.

Having a game published directly by Microsoft is a big opportunity  when you are based in Romania, such things are not so simple.

Do you think the emphasis Microsoft has put on games with Windows Phone 7 will give it an advantage over other smartphones?

At the moment, Windows Phone 7 does not support realtime multiplayer gaming, which is one major issue we can't really figure out.

It's true that it's integrated with Xbox Live, but it feels more like having your gamer profile picture in your pocket than the gaming machine most people are anticipating.

Initially, we wanted Rise of Glory to launch on both XBLA and Windows Phone 7 with cross platform multiplayer. When the current limits of multiplayer were described to us, the whole approach of the game had to be revised and we lost one of the key elements.

Windows Phone 7 needs more in order to stand out from the competition.

From a business point of view, it's assumed to be a risk at the moment. There are lots of strong devices coming out and we don't see Windows Phone 7 as the platform that will shake the foundations of the smartphone market.

From a marketplace point of view, however, we think Microsoft will do a great job. The worst of all of them is Android Market. Support for developers from Microsoft is a lot better than what Apple offers. We have very close communication with Microsoft peers, which Google is also good at.

Certification requirements are very clear when compared to Apple's rejection program, which is not always transparent. On the other hand, Google provides a lot more freedom.

When it comes to the devices, Microsoft is trying to revolutionise the concept of smartphone interfaces, and I'm curious to see how buyers will react to it. We must not forget that Microsoft is a very strong player in the gaming industry and we will probably see more impressive moves from its side.

Overcrowded? We don't know. Fragmented for sure. We just hope it doesn't transform into the former mobile nightmare.

Do you have any further plans for Windows Phone 7 games?

We have our ears tuned in for any multiplayer support news.

We are also studying the possibility of asynchronous multiplayer games, but more than this, we are very curious to see how popular can Microsoft make its new toy.
Thanks to Andrei for his time.