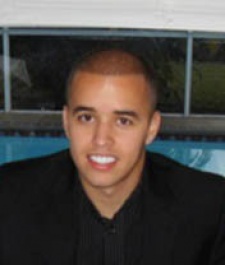 October 12th, 2010 - 02:54pm
By Keith Andrew
The appearance of OpenFeint on Android was billed by many as a significant step forward for the platform.

However, it may well be that it's simply a sign of the industry as a whole expanding, with many independent studios that found their feet on iPhone now branching out from their respective bases - there's certainly no short of platforms for them to try out.

Important, therefore, is DistinctDev CTO Steve Malagon's claim that OpenFeint is not only encouraging studios to commit their titles to Android, but actively working with them.

We caught up with Malagon to ask why he's confident bringing The Moron Test to Google's platform is the right move, at the right time.

Also, we know OpenFeint is working directly with various iPhone devs to help them bring their games to Android.

How easy is it to port to Android?

It really depends on the project. iPhone development is mostly done using the Objective-C programming language, and Android dev is mostly done in Java.

There's a 'language barrier' there that devs have to overcome. There are also major differences in the metaphors the platforms use to accomplish the same things. It might make sense for smaller companies to look into outsourcing Android development if these differences slow them down too much.

Performance wise, how does The Moron Test on Android compare with the iOS release?

Fragmentation on the Android side makes comparisons difficult, but in general The Moron Test runs great on both Android and iOS devices.

Some of the older Android handsets are definitely starting to show their age, though, for all games.

How have you implemented OpenFeint's cross-platform elements between Android and iOS?

For now, we've decided to not link the two platforms. In The Moron Test, players try to work through the sections as fast as possible. We want to compare scores across the two platforms before putting them in the same leader board to be fair to players.

What business models are you experimenting with on Android?

After a few experiments, we decided the best approach for The Moron Test is keeping the price point low while regularly adding new content for free. This has worked very well. Weve become one of the top selling games in the Android Market.

In the past few months we also started experimenting with a free version. This has been a huge success, driving over 50 percent of our paid downloads via upsell. After some optimisations, weve been able to get the conversion rate as high as over 7 percent, and that continues to rise.

How is The Moron Test performing in terms of downloads on Android so far?

Its performing great. According to AndroLib, The Moron Test is the ninth most downloaded paid game of all time in the Android Market. This is exciting considering weve only been in the Android Market for a few months. Over 8,000 of our users have already adopted the Feint platform on Android.

If OpenFeint made the leap to further virgin formats, would you consider taking your titles with it?

Actually, we're already planning a big cross platform push, and there should be announcements around that soon.

That being said, if OpenFeint were to announce support for a platform we were not already looking at, it would really get our attention. A strong social component like OpenFeint makes a mobile gaming platform much more interesting.
Thanks to Steven for his time.