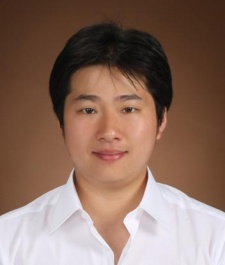 December 24th, 2010 - 08:32am
By Jon Jordan, Contributing Editor
One of the big Korean mobile game developers that's active in Western smartphone markets, Com2uS has certainly been busy in 2010.

As well as plenty of core RPGs such as its Inotia series, it's had success with its baseball series 9 Innings: Pro Baseball, and branched out into casual title with Slice It!, as well as generally being quick onto new platforms such as Android, iPad and bada.

PocketGamer: What was the most significant event of 2010?

Joony Koo: Mobile gaming has become a field of crossovers, continuously bringing new methods from other areas such as online and console games.

The rise of freemium, in-app purchases and ad monetisation is a business model we've seen come from PC and social gaming, and it's working significantly well in the mobile arena with nine out of the top 25 grossing games in the Apple App Store currently using it. (And it was more like 12-15 of the top 25 before the holiday season).

Combined with a huge Android user base that downloads an enormous amount of free games, and freemium will be the right path to follow if you have a unified design and business model on these two dominant mobile application stores.

The rise in the importance of user base has also been key.

Zynga's success isn't about specific titles being popular per se. It's about Zynga having an enormous, active user base, the technology to upscale its games to that enormous user base, and having that user base to promote new games to.

Finally, games such as Infinity Blade demonstrate the sort of experiences and graphics hardcore gamers will expect to see in future as mobile devices get closer to consoles.

What was the most significant event for Com2uS?

Com2uS is a company that releases a wide variety of games from casual and puzzle to RPG, sports and tycoon.

Adopting the casual 99c model and successfully making Slice It!, our first game to follow such a trend, meant a lot to us.

It was #1 in 11 countries including the UK, despite the dominance of Angry Birds, while Homerun Battle 3D is still in the top 100 18 months after release, which shows we are learning how to manage a game with updates and events by looking in to user behavior.

Based on the amount of time I have put in, my favorite five are (in descending order) Slice It!, Fruit Ninja, Words with Friends, Homerun Battle 3D, and Cartoon Wars 2.

What do you predict will be the most important industry trends in 2011?

Freemium will flourish, independent developers will be looking for publishers, brands - including new game brands - will become more important, and there will be more mergers and acquisitions too.

If you could enforce one New Year's resolution, what would it be?

That the Korean law on games regulation be altered, allowing for a much freer environment when it comes to downloading and playing games and apps in Korean application stores. It's coming to an end of beginning of the year.

And the continued success of Pocket Gamer, and, of course, Com2uS' games.

Thanks to Joony for his time.

You can check out what Com2uS gets up to via its website.