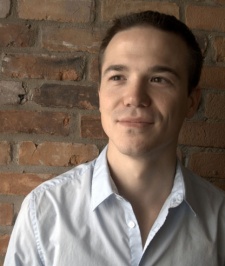 Following on from the launches of iPad 2 and Motorola Xoom, the next significant entry is RIM's BlackBerry PlayBook.

And the Canadian company has just played a trump card, at least when it comes to gaming.

"We're really excited the first deal we've announced for Union is a big deal with a company like RIM and on a new device like PlayBook," says Brett Seyler, who's the general manager of Unity's Union game aggregation service.

Back to the source

Revealed last week as part of RIM's FY11 financials, the agreement will see the Union program delivering dozens of games developed using the Unity technology for RIM's new tablet. However, with PlayBook launching on April 19, time restrictions mean there won't be any Unity games available at launch.

"We expect to be making title announcements over the next two to three months, with games starting to come out in waves in late Q2 or Q3," Seyler explains.

This is because RIM has only just released its native C/C++ SDK, which means Unity's coders have plenty of work to do to add support. However, it's important to stress the deal doesn't mean PlayBook or its QNX OS will be officially supported within the commercial release of the Unity engine yet.

As with all Union work on such emerging platforms, the Unity team will provide most of the heavy lifting with bespoke coding support for selected developers. The developers will work on game specific features to ensure their titles work on PlayBook, whether that be resolution tweaks or UI adjustment.

Union will ensure RIM actively promotes the games, with developers gaining 80 percent of the monies that flow to Union.

Something borrowed, something new

In terms of the wider adoption of Union, which is a free opt-in aggregation and publishing service available for all Unity games, Seyler says around 1,000 developers have expressed interest, with the current title count being between 300 to 400. Around 50 to 100 titles are described as games that have already received commercial success on the iOS and/or Android platforms.

"We have a diverse and deep portfolio; as much as the big publishers," explains Seyler.

"We want to be selective in terms of what we release for PlayBook, both in terms of ensuring it's high quality and that it can be monetised. Some games will have already been released on other platforms, but there will be new games too."

In terms of the initial agreement, Unity has agreed to supply a fixed - but as-yet undisclosed - number of titles for PlayBook. The term "dozens of titles" is used.

Still, Seyler hopes this initial number will morph into a longer term deal for providing PlayBook content, as well as future BlackBerry smartphones that will also run the QNX OS.

"We want to be actively involved with PlayBook as it takes off as a platform," he says.

Indeed, assuming RIM gets a decent amount of QNX devices into the market - and it shipped 52 million phones in FY11 - the work carried out by the Union team is likely to eventually be rolled into commercial support via the Unity engine.

One example of how this works was seen as Union provided three games for Sony Ericsson's Xperia Play press launch at Mobile World Congress. Developers Angry Mob, Luma Arcade and Art in Game got early access to the control SDK to rework games for the device's hard buttons. This was then rolled into the main Unity for Android codebase a couple of weeks later.