Looking good for the future 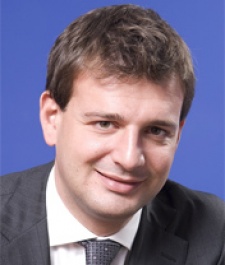 April 4th, 2011 - 11:11am
By Keith Andrew
Commentators have been keen to pitch Microsoft's strategic alliance with Nokia as a launch pad for Windows Phone 7.

IDC's belief that the platform eventually hold the number two spot in the smartphone race, ahead of iOS, is a particularly bold projection.

But does Microsoft already have the keys to success?

According to Giordano Contestabile - PopCap's senior director of global product and business strategy for mobile  the social bent of Xbox Live already gives Windows Phone 7 a telling advantage over its rivals.

We caught up Contestabile to ask what he thinks Microsoft needs to do to take on iOS and Android in the years to come.

Pocket Gamer: What's Microsoft like to work with on mobile?

Giordano Contestabile: PopCap has been working with Microsoft for a very long time; in fact, the first version of Bejeweled - then called Diamond Mine - was licensed to Microsoft by our founders and published on MSN in 2000, in what was the first actual business deal struck by PopCap.

Microsoft also had a chance to purchase the game outright and passed, luckily for PopCap, as Bejeweled is now our number one franchise, with more than 50 million units sold.

Over the years, we worked with Microsoft on PC, mobile and console, in particular on Xbox Live Arcade, where we have been present since the platform's launch. It's always been very supportive of our titles - featuring high-quality casual games that work across platforms is in tune with their strategy, and allows them to target a broad audience.

Additionally, Microsoft is focused on creating connected experiences around gaming on its platforms, which is in line with PopCap's focus as a company and enables us to deliver innovative game experiences to our players.

How does Windows Phone Marketplace's approval and update process?

Processes on the Marketplace are in line with industry standards, and they provide a straightforward way to publish games while maintaining a measure of quality control. We haven't had any issue with it, and we're satisfied with the way in which Microsoft has handled them

In addition, the game has received very high ratings from users and, interestingly, is converting very well from trial to full version - one of the best performers on that measure in the Marketplace.

While it must also be said that overall volume aren't yet at the level of some rival smartphone platforms, it's important to remember that WP7 launched just recently - and that Microsoft has an aggressive plan to promote it.

The user experience is great, so it's up to Microsoft to make sure that as many people as possible have a chance to try it, and hopefully they're going to keep up efforts in that sense in the future.

Some allege only Xbox Live games are afforded visibility on the Marketplace. Do you think that's true?

I do not believe that only games that take advantage of Xbox Live connectivity are featured in the Marketplace, but I would say that Live connectivity is one of the main differentiation points of the platform, and as such it's only natural that, especially in the initial launch phase, games that incorporate it are more likely to get promoted.
Bejeweled Live includes Live achievements and XBLA global leaderboards, and those are clearly very appealing features for our users who can share their progress and compare scores with their friends.

It reflects the direction in which we believe the industry is going, in the sense that social and connected features are becoming increasingly important.

In that sense, I also believe that opening the gaming ecosystem as much as possible is important, and I hope that platform holders will increasingly enable developers to choose between a wider range of options in terms of social connectivity - a pretty important consideration especially with respect to games that aim to connect players across different platforms.

How do you think Windows Phone Marketplace is performing as a whole?

I can't speak for Microsoft with respect to its targets in terms of performance, and PopCap hasn't announced anything publicly in terms of sales on the platform as of now, but considering that we're talking about a new platform without an existing user base, we expect sales to increase over time.

The data in terms of conversion rates is very positive, which I consider a very encouraging signal, and a proof that the spotlight of Live in the context of the platform has succeeded in attracting an audience focused on gaming.

As mentioned, I think we're all expecting Microsoft to continue with its marketing efforts for the platform, and the launch of WP7 Nokia phones will surely provide a boost.

Would you like to see Microsoft open up WP7 to allow third party marketplaces?

Not really. What we have learned on smartphone platforms is that a curated marketplace experience, and a straightforward process for the browsing, purchase and delivery of content, is key.

The most successful smartphone platform on the market is closed, and I would argue that it contributes considerably to the success it enjoys.

The vast majority of gamers, especially casual gamers, want to be able to enjoy the games they love without having to struggle with different stores and billing channels, and are better served by a single shopping experience.

That said, I do believe that it's important for platform holders to create conditions that allow developers to promote and monetise their products effectively, including the provision of flexible payment methods, easily accessible marketing opportunities and ability for games to connect easily to other platforms.

Cross-platform gaming experiences are going to become more important for the industry as a whole - and mobile is absolutely central to that.

How important is Microsoft's strategic partnership with Nokia to developers?

I think it's clear that as of now iPhone and Android are significantly ahead of any other platform in terms of install base, and that competition in the space is only going to increase.

Might WP7 be the second largest smartphone platform by 2015? Possibly, especially in light of the Nokia partnership, but I would say that right now Apple and Google are also very well positioned.

In general, I think the Nokia partnership provides WP7 with a great opportunity to gain market share, especially in developing countries where Nokia is market leader and where smartphone usage is going to increase dramatically. It will also depend heavily on the quality and pricing of the handsets that Nokia will bring to market through 2012.

In its position, I think I would focus on addressing fast-growing developing markets with smartphones that offer a great user experience at a lower price point, but naturally Android's competition is going to be strong in that sense.

What plans do you have for WP7 moving forward?

We recently announced that Plants vs. Zombies is going to be launched on the Windows Phone Marketplace, and we're very excited about it.

We're currently looking at a late Q2 launch, and the game is looking really good. It's the Plants vs. Zombies that everyone loves, with the addition of exclusive Xbox Live achievements.

We're also going to launch Plants vs. Zombies for Android in the same timeframe, and that will complete the trifecta in terms of smartphone platforms. It's really important for us to allow our customers to play our games regardless of what platform they choose.
Thanks to Giordano for his time.