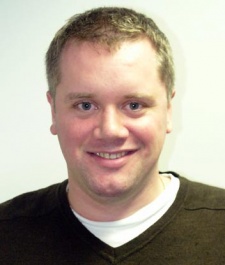 18 months on however, he's shifted from Macclesfield to San Francisco, and is now vice president of business development for social mobile company Storm8.

Consisting of Storm8 and the TeamLava studios, thanks to games such as Farm Story and Restaurant Story, it's one of the most successful freemium publishers on iOS, and now Android.

Last weekend, for example, it had six games in the US free App Store chart top 30.

PocketGamer: What do you think are the key features for success in the mobile social market?

Johnny Coghlan: Creating a high quality, appealing and rewarding games is key, of course. That's the reason Storm8 has become the leading mobile social game developer and publisher. A massive number of people want to play our games and we ensure they are rewarded for doing that.

Our social networking and communication are also crucial as it allows people to collaborate, compete, or just interact with other players to maximise enjoyment.

How are mobile social games different from Facebook games?

People have their mobile device with them all of the time and they can potentially jump into the game and play for a few seconds before leaving and coming back later.

We design Storm8 and TeamLava games for iOS and Android to allow players to play for as much or little time as they want. We never force someone to finish an activity or keep them hanging on longer than they want. We also allow the player to control how they progress through the game, meaning they are able to play both on the move and when they have some downtime at home.

What should we expect in terms of expansion of the Story series?

TeamLava's Story series has been and continues to be a phenomenal success, with millions of loyal players and great App Store and Android Market reviews. We are ensuring success and industry leadership continues with games that will immediately fit with our fans' expectations, and some really amazing new surprises that will knock people's socks off.

I can't reveal anything more than that, but safe to say we are going to be very busy and very popular over the coming weeks and months!

What's more important - getting players to transition to another of your games when they finish one, or gaining new players?

We are continually striving to increase our appeal and value to players of Storm8 and TeamLava games. For example, we've released Nightclub Story and Fashion Story for iOS over the past two weeks.

Playing our games is an ongoing process - there's no dead zone where there is nothing left for players to enjoy. Players can communicate and collaborate or compete with friends and fellow players from around the world for as long as they want.

We will continue to offer new games, along with new content for our existing games. We focus on consistently updating games, when appropriate, with content such as new item collections, buildings and interactive rewards. Our rate of growth in total players is consistently increasing too, which is proof of our quality, appeal and reward to existing and new players.

This means our games are easy to start playing but they don't become redundant. New players are happy to play over a sustained period of time, just like the players who have been playing our games for months or even years.

What do you think are the factors that will slow the growth of mobile social games?

Lack of innovation and low quality. That's why we will always develop high quality, appealing free-to-play games that consistently innovate and reward our players.

Thanks to Johnny for his time.

TeamLava is actively hiring developers. You can check out available positions here.