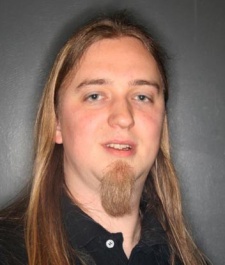 It's released 16 to-date, either free ad-supported games or priced at 99c.

We caught up with CEO Christopher Kassulke to find out why the company was so bullish about this new app store, and Android in general.

PocketGamer: Why do you think the Amazon Appstore is so important?

Christopher Kassulke: As you've has already pointed out, HandyGames supported the Amazon App Store from launch with the ad-free and free versions of our games. We don't just try out new markets with one or two titles like other companies. The user reviews show that consumers like our titles and that we offer a great user experience on Android phones and tablets.

The Amazon Appstore has had a strong user community from the start, while Amazon's brand is well established and trusted. In total, it's a perfect system to get mobile applications and games to the mass market.

No. Amazon knows what it's doing. It knows its consumers and has been doing online sales for years. Anyhow, as HandyGames is mainly giving away games for free, we aren't worried. It's a marketing possibility and it's what the consumers want. Games for free!

What features do you hope Amazon will add to its appstore?

The Amazon Appstore has just launched in the US, so the most important thing is the worldwide roll out because a lot of other consumers, and not only from the UK or Germany, want to buy and download from Amazon.

But I am sure Amazon is taking it step by step and will add features in time. Rome wasn't built in a day.

Android is already very fragmented, not only on the technical side, but also on the business side. HandyGames grew up in a very complex mobile gaming world and we've solved these challenges before.

However, I think it's very complicated for new developers and publishers, and most will concentrate only on few Android markets, business models, or specific Android devices. In general though, it's becoming very promising. We at HandyGames love the Android ecosystem.

You can check out HandyGames' portfolio on the Amazon Appstore here.