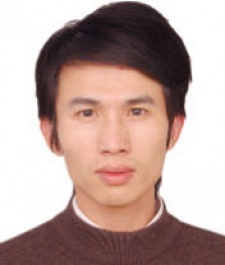 April 11th, 2011 - 12:10pm
By Jon Jordan, Contributing Editor
The Chinese Android market is exploding; it's one key driver to the platform's ascendancy to the top of the smartphone OS charts.

The downside is how to deal with the results of such fragmentation - in terms of handsets, app stores and social graph.

One approach is iDreamsky's SkyNet. Labelled as a Chinese Game Center for Android, it's going live on a number of Chinese OEMs, and the company is looking for support from western developers.

We caught up with CEO Michael Chen to find out the inspiration behind the technology, how it works, and his hopes for its success.

PocketGamer: Last time we spoke, you were launching your iGameDock promotion carousel. How did that business change into SkyNet?

Michael Chen: iGameDock and SkyNet are both the results of the objective my partner and I wish to achieve: creating a way for mobile games to gain popularity, recognition and revenue.

With iGameDock, we learned how western developers work, and their concerns when their products are being handed over to a third party etc. We were going to refine the product but then we came across this golden opportunity to build SkyNet. So we decided to take the lessons we learnt from iGameDock and put our energy into SkyNet.

What are SkyNet's key features?

The core focus of SkyNet is to develop a social gaming network that brings world class mobile games and equips them with a network that's designed for the Chinese mobile ecosystem and gamers.

Our features are designed around this focus. The social networks we integrate with are not Facebook and Twitter; instead it's integrated with Sina Weibo, Tencent Microblog, RenRen and Kaixin. The user interface and experience are designed and tested with Chinese gamers and their preferences. In China, players are very competitive, so we've spent a lot of time refining the player versus player system.

In addition, one of the biggest difference between iPhone and Android is that app distribution in iOS is a one-stop shop. For Android the marketplace is highly fragmented. For example, in China every device maker and telecom is opening its own market place and on top of that there are third parties app stores. By integrating with SkyNet, we will help developers get on every app store we are in partnership with.

Lastly, we understand that the biggest concern for most developers is how they collect revenue. We have created a billing system which is integrated with almost every commonly used billing systems in the Chinese market, including QQ Coin, which most of our competitors are not able to provide. We also assure our developers that we will pay them at the end of every month, they don't need to bear extended and painful payment schedules.

Will it only be available as a pre-installed app?

SkyNet has already been adapted as the official game center that is going to be preinstalled on Lenovo and Coolpad; the two major Android smartphone brands in China.

We are in talks with more brands and telecom companies. For smartphones that don't come with SkyNet pre-installed, people can download it from various market places or app stores.

How easy is it for Android game developers to integrate your SDK?

It is generally easy but there are still some rough edges at the moment given it is a new SDK. However we have technicians who are available 24/7 for support. Developers can also book our staff in advance to be with them (virtually) while they are doing the integration. So far, all of the games that have been integrated took half a day to a day.

What sort of games do you think will work best for the Chinese Android market?

If you look at the top 200 games in the US Apple App Store, there's a good diversity - from big brands to indies; very complicated to dead simple games, and different genres from anime to doodle, cartoon, WWII, 3 Kingdoms and many more. In the Chinese market, we don't have that range. It's mostly very extreme cases; it's like a pyramid but missing the middle section.

The second interesting observation is that freemium games work very well in China. Chinese gamers are hard to sell to but are easily addicted. Game developers should seize this opportunity to make their games free and crank up item/level sales. We have lots of experience since the free-to-play model was created, refined and refined again in China. We will help developers who want to convert their games into free-to-play, and the SkyNet SDK also includes a IAP payment gateway.

How difficult has it been to integrate with the various billing and social network platforms?

It is a very painful progress. It took us six months just to get various payment systems sorted on the political and technical levels.

Then there's another challenge, which is to get the company certified to transfer money made in China out of China in the mobile world. The social networks are much easier given most of the documentation and support are in Chinese.

How many installs do you hope to have by the end of 2011?

We are targeting around 5 million devices pre-installed with SkyNet in China by the end of 2011. If things work well, we may have more then that.

Are there any plans to release SkyNet other markets?

At the moment, there is no plan to expand Skynet to other countries, as we believe in order to expand we must first succeed on our home turf. Also, to expand, we need to have extensive understanding of the market we are expanding into first or we could fail miserably.

Thanks to Michael for his time.

If any developers wish to know more, you should email games [at] idreamsky [dot] com