Our retention rate is close to 70 percent 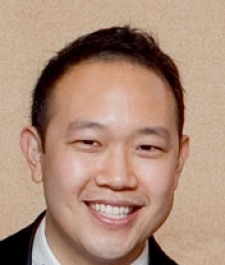 April 18th, 2011 - 08:31am
By Jon Jordan, Contributing Editor
2010 was the year social mobile gaming took off on iOS, thanks to titles such as ngmoco's We Rule and The Playforge's Zombie Farm.

As well as encouraging the likes of Glu Mobile and Capcom to change their business models, the success kickstarted a new wave of start ups.

One such is New York-based Astro Ape Studios, which was set up by three refugees from the corporate world.

We caught up with CEO Chieh Huang to find out what it's like living the game development dream.

PocketGamer: Why did you decide the time was right to leave your normal jobs and join the crazy world of social game development?

Chieh Huang: None of us were entirely happy with our day jobs and we knew we had complementary skillsets. At the time, Chris was crunching numbers in mile-long spreadsheets at Goldman Sachs. His spreadsheets were always beautifully laid out and colour-coordinated because deep down, he had a real passion for art.

Will was programming enterprise solutions as a consultant, but at night, he was spending money like a docked pirate on games such as World of Warcraft. He started programming punters for AOL back when he was 11; yes, he was that guy that was punting people from the chatrooms.

As for me, I was grinding it out at a large law firm, but was spending most of the night either smack-talking into my PS3 mic during Call of Duty benders, or reading market news and thinking that the recession was going to pave the way for a new breed of companies to spring up.

Chris and Will quit their jobs to begin building our first game Office Heroes. They gave me a call, and I looked at the social gaming landscape and knew we could do something big together.

Why did you decide to specialise in mobile?

All three of us were also amazed at growing capabilities of smartphones. We could see that user behavior was shifting and that in a year, much of what we were used to doing in front of a computer was mainly going to be done on a smartphone.

You already see this with apps like Twitter. For me, it's already feeling strange to sit down and log into Twitter via a desktop. This shift will inevitably continue, and in a way, it has for gaming. More and more gamers are spending the bulk of their play sessions on a smartphone, rather than in front of a desktop.

It was a risky bet at the time, but now that mobile is beginning to take off, we're starting to see that bet pay off.

How hard is it dealing with the business side of running a game studio?

The business side of running any venture is going to be tough. I think that's true of every business - from running a hot dog cart to powering a billion-dollar company.

However, the real challenging part of running a gaming company is the human element. All the folks we recruit are highly talented, and even more creative. To be able to harness that creativity, to balance it with everyone's passion, ideas and skillsets, and to do it in a way where everyone is on the same page is the toughest, yet most fun part of my job.

Our company is really a cross-section of New York. We have fashionistas, hipsters, lawyers, programmers, animators, finance guys and some devs that just don't like to speak unless it's about code - all in a 2,500 square foot studio with no walls. That makes for some interesting water-cooler conversations.

How did the DeNA investment come about, and how has that changed the company's direction?

When Office Heroes was released, it was featured on the front page of iTunes. DeNA saw that, played the game and liked that we were building great games purely for smartphones. Since the company dominates mobile social gaming in Japan, they gave us a ring to see how we could work together.

Their investment really supercharged our company; things that were on our wish-list became attainable.

On top of Will's list was for us to move the company out of his mom's house and into Manhattan. We all knew that there was a wealth of untapped talent in New York and we had to get in ASAP. (His mom is going to kill him when she reads this!)

You've released Office Heroes and Dessert Heroes so what have you learned about the social audience?

We've learned that no matter the platform or genre of entertainment, audiences appreciate a high quality, polished user experiences. At the end of the day, that's what makes our titles so well received by both consumers and platform publishers.

It sounds like a basic concept, but I think it's getting lost a bit today in social gaming. Our users come into our apps because they want to play our games, not because we spam them with invites, requests and other offers.

How has that influenced your new game Monsterz Revenge?

I think it first influenced our recruiting efforts. We saw that even with a non-existent marketing budget, users were responding well to our games because of their inherent quality. We took this knowledge and sought out veterans from top flight animation studios to up the quality of our games even more.

Monsterz Revenge is really a convergence of this new stream of talent that we've brought in, and the lessons we learned from Office Heroes and Dessert Heroes. It's definitely our best title to date.

Can you provide any figures about how popular your games are?

We can't get into too much detail, but even with a tiny marketing budget by today's standards, we've seen millions of downloads.

But the real eye-opening statistic for us is that we've seen user retention edging close to 70 percent, even weeks after users began playing.

How do you operate within such a competitive market when everyone from Zynga to Pocket Gems, Storm8 etc are all chasing the same casual eyeballs and wallets?

It's no secret that all those companies have millions and even billions of dollars to spend on marketing budgets. For us, at the end of the day, we believe that we build a better product.

After having our games independently featured, receiving external validation from one of the largest social gaming companies in the world and having our art style, UI and game mechanics 'borrowed' at times, we're confident in our ability to compete and to stay ahead of the curve.

How do you think this market will develop and mature during 2011?

This is the year that things will really get interesting. There has been a huge shift of attention in technology towards smartphones and mobile devices, generally. Whenever that has happened in the history of technology, innovation and fun things have usually followed.

Thanks to Chieh for his time.

You can find out what Astro Ape gets up to next via its website.