Microsoft and Nokia's alliance could serve up the next iPhone, reckons Babaroga CEO Djokovic

Developer already focused on 'what's next' 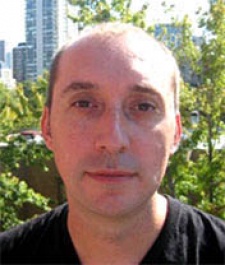 April 27th, 2011 - 01:02am
By Keith Andrew
As optimistic as many developers were when Windows Phone 7 first rolled out at retail, as PocketGamer.biz exclusively discovered, much of that early buoyancy drained away when slow handset sales lead to lacklustre app sales for some.

Microsoft's strategic alliance with Nokia, however, has undoubtedly perked interest in the platform, even if it hasn't yet translated to a rise in developer support.

Indeed, while the industry might currently be focused on iPhone and Android, Andreja Djokovic - CEO and founder of Zombies!!! developer Babaroga - believes the two companies combined have the potential to serve up the next big leap forward in smartphones.

We caught up with Djokovic to ask why he thinks his fellow WP7 developers need to keep the faith.

Pocket Gamer: What is Microsoft like to work with as a platform holder and publisher?

Andreja Djokovic: The Windows Phone 7 team has been extremely supportive and helpful.

We've had access to the platform development team throughout our development. They've been able to profile our games, as well as provide suggestions and places for optimisation.

Working with Microsoft Game Studio has been great as well. Those guys not only believe in the cause, but they're also extremely knowledgeable and helpful when it comes to navigating the channels and getting things done.

How does Windows Phone Marketplace's approval and update process compare to rivals?

For one, the approval is much quicker. iOS stalls with long approval processes and offers limited answers.

In my experience, support for developers has been great on WP7. We've been able to get responses to any question very fast, and remedies have been quickly applied.

How have Babaroga's titles performed on WP7 in general?

My feeling that all four of our games - Zombies!!!, Need for Speed, The Sims 3 and Monopoly - have been performing quite well, and if you look at the charts, their standing is pretty high. Zombies!!! has a pretty strong following from fans of the board game, but I also think it's very accessible to new users.
Zombies!!! has been in the top 10 for an extended period of time. So we are quite happy with its position. Obviously, it doesn't generate the same number of sales as a top 10 spot on iOS, but it outweighs other platforms like BlackBerry with much higher device coverage and much higher port cost.

Some allege only Xbox Live games are afforded visibility on the Marketplace. Do you think that's true?

I don't think that's true, really. If you look at the apps featured in the daily recommendations on Zune, you find that it contains a mix  a real variety of applications. Sure, Xbox Live games get featured, but there are many others that also gain exposure.

Additionally, Live games come with a certain quality standard that users have come to expect  as they should.

How do you think Windows Phone Marketplace as a whole is performing?

It's no secret that WP7's market share is not high, but I agree with the projections that say it will grow, and Microsoft is taking the platform seriously.

The same was said for Android a couple of years back when it launched. Many suggested that it would not perform well against iOS. Look at it now.

Marketplace is performing well. Initially, its performance was modest, but with every passing month the numbers are getting better. Anecdotally, I can say a couple of Xbox Live games have done better on WP7 that the same games on RIM devices, with less expense and trouble.

Would you like to see Microsoft open up WP7 to allow third party marketplaces?

It would largely depend on how it is handled. The biggest problem with all stores is app visibility.

If additional marketplaces do not solve the visibility problem and just increase further market fragmentation - with developers needing to spend more time targeting each of the marketplaces to create product awareness - it's a losing battle for most developers.

This is true for other platforms as well. If somehow there was a proper app discovery solution, then we would all benefit from democratising all marketplaces.

How important is Microsoft's strategic partnership with Nokia to developers?

We developed on Nokia feature phones for years. Our focus was on the J2ME end.

Development was painful, to say the least. Implementation of the Java virtual machine left a lot to be desired. Almost every device had some sort of an issue  from memory leaks to failed 'suspend' notifications. I could spend a long time describing the problems we encountered with J2ME development on Nokia.

However, the WP7 platform is much more robust and it's unlikely we'll see those kind of issues on Nokia phones. As a developer, I'm really hoping that's how it plays out. This will allow more developers to support the platform, and make it much more viable. It would bolster their success.

Nokia was never shy in experimenting with different forms of phones designed to fit a variety of tastes and expectations, and even though they've  self admittedly  not had a success like iPhone, I think they'll be able to turn it around and use the userbase they have to come back strong. So, yes, I do think this alliance is important for both Nokia and Microsoft.

Remember what happened to Motorola when they were asked a few years back about what will come after RAZR, and their answer was "more RAZR". How did that work out for them? By the same token, what's after iPhone?

The Microsoft-Nokia partnership has the potential to grasp much market share for WP7, just as the likes of IDC suggest.

What plans do you have for WP7 moving forward?

We worked on four launch titles for WP7, we just finished two more, and we are looking to start a few more this quarter.

We will be releasing updates and downloadable expansion packs as well as introducing really cool features to our Zombies!!!. We are strongly embedded into the WP7 platform - we see a growing potential.
Thanks to Andreja for his time.