Keep eyeballs in the game 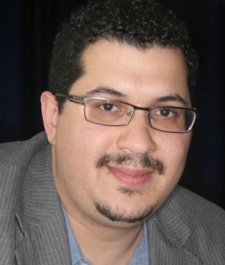 April 27th, 2011 - 05:22am
By Jon Jordan, Contributing Editor
There's a lot going on in the world of mobile games advertising and incentivisation at the moment.

One start up looking to shake up the ecosystem further is Chicago-based Tap Me!; a company we first came across in 2010.

Having built out its system and gained additional funding, it's now preparing to bring developers a new way to combine marketing and player retention.

We caught up with CEO Joshua Hernandez to get his take on the current state of play.

PocketGamer: What's your view on why incentivisation is important to drive mobile usage?

Joshua Hernandez: If you look at the space right now, there are literally hundreds of apps released on a weekly basis. With the rare exceptions of some truly innovative and incredibly fresh premises, many of these have very limited ways of gaining the public's attention without some sort of additional push.

That's where incentivisation comes in.

However, it's not all about the incentives. It's about the partnership between the brands, games (developers) and the end user that will help mobile games pull in gamers for a longer period and offer them something beyond a quick gameplay experience on the go. We need to offer them instant gratification through a fulfilling gaming experience.

When it comes to mobile you have very limited screen space and user focus is on the task at hand. The last thing we want to do is interrupt that natural flow of a mobile game in the short time span we're given. Applying an ad model around usage and actions seems like a natural way to maximise on the strengths of the device and users.

All of the current ad models seek to get the users' attention to push traffic or distribution rather than pull, but pull marketing is the Holy Grail here.

By pulling the player in, it means the user is engaged enough they willfully and knowingly participate in the revenue ecosystem. We have a long way to go from banners and pop-ups, but the right balance is just around the corner and Tap Me! is going to play a significant role in striking that balance between a fun gaming experience and brand marketing.

Tapjoy's model clearly works in terms of driving downloads, so do you think it's counter-productive for platform holders to clamp down on it?

We have seen this movie before. It's the search platform holders versus search engine optimisation companies who see a model for increasing page rank for publishers. As long as there are ranked lists, quality control will be and should be at the forefront of the list holder's mind.

Apple has always been a best of breed company as it drives quality content and sets the bar high for publishers. This is a challenge that every company should look forward to when designing product for consumers. Controlling the quality of the App Store rankings is in the users best interest as the cream will always rise to the top.

The folks at Tapjoy, Flurry, etc., are bright and dynamic pioneers and I am sure they will find a way to make all stakeholders happy, or develop new models that assist in the difficult task of app discovery.

What developers should take away from this story is that they need more tools in their revenue toolbox. Like everyone else in this burgeoning system, monetisation start-ups like Tap Me! should be paying attention when innovating in a platform holder's ecosystem and involve all players to ensure that we are also playing by the rules.

Under a ranked system, the users benefits from a balanced ecosystem because quality content will not only be a leveraged commodity but a necessity for the whole system and category to thrive.

How does Tap Me!'s model work and what's makes it better?

Since we began our quest at GDC 2010, we have made it our mission to give game designers and developers the control over content when it comes to how advertising works in games. In our eyes, the game is king and we're here to support gameplay by offering advertisers a way to seamlessly integrate into the gameplay model in a positive way for the developers, brands and gamers.

Tap Me! is a platform that allows developers to take any game action or object and wrap it for dynamic in-context sponsorship by brands and marketers.

Tap Me! can be used to promote an app, and can even aid in discovery, but it does it in a completely different way than the pay-per-install model. With Tap Me! the added value is given immediately to the gamer.

Most mobile advertising platforms are intrusive models that require players to stop playing and interact with a pop-up or banner. Tap Me! is the first and only non-interruptive form of advertising for mobile.

Simply put, it gives players instant results without removing them from the game for even a second. For example, when you choose a sponsor to go faster in your game, you get immediate value from that sponsorship during gameplay. Later, you can choose to engage with that sponsor further when you are not actively playing. Holding the integrity of the game experience is critical to our system and has proven to be embraced by gamers, especially on mobile platforms where time is of the essence.

Thanks to Joshua for his time.

You can see what Tap Me! is up to via its website.