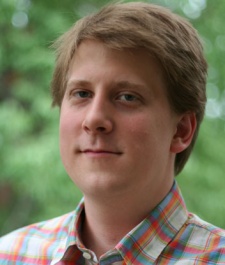 April 28th, 2011 - 02:21pm
By Keith Andrew
The handset's out, the ads are in place and, to a certain extent at least, the developers are behind it, but Xperia Play's longterm future is undoubtedly up in the air.

Not because of the quality of the phone itself, or even the games it is likely to play host to, but because of what it represents. When one of the major complaints about Android is fragmentation, adding another subsection to its development environment could be construed as a risk.

In contrast, Polarbit - which has already brought the likes of Raging Thunder 2 and Reckless Racing to the Sony Ericsson handset - sees its support for Xperia Play as a natural evolution of working within the Android ecosystem.

We caught up with Polarbit project manager Tommy Forslund to ask why he thinks working on Xperia Play is as easy as pie.

Tommy Forslund: It's a very well put-together device. It has a nice heft to it without being too heavy or too big.

The game controls work as well as you'd expect in a Sony device, and the hardware has enough juice in it to power the kind of high-end content we're known for. In a few words: we like it.

How easy was it to port games for the platform, and will you be supporting Xperia Play in future releases?

For us, it was a breeze. The device runs Android, which we already support. It was basically just a matter of remapping input to the game controls, and in some cases of tweaking gameplay ever so slightly.

How straightforward was it to build in support for the handset's controls?

Easy-peasy. As long as you've considered button input when you originally designed the controls, which we did.

Since we do cross-platform development, we always design our games to be as flexible and modular as possible. When telepathic interfaces start appearing in handsets, ours will be the first games to support it.

How large do you think the install base would have to be for you to create exclusive games or content?

Like I mentioned, we're primarily a cross-platform shop. Our core business idea is to support as wide a range of platforms as possible through our development platform, Fuse. Exclusives are not a good fit to that philosophy.

What do you think should be the pricing for games that support Xperia Play?

If it utilises the unique features of the device well, and offers gamers something they are not able to get anywhere else, it isn't unreasonable to price them slightly higher than standard titles.

Do you think there's potential for consumers to be confused by 'PlayStation Certified' Android handsets?

Not really, no. Not as long as there is a very clear definition of what that entails, and there are good filtering mechanisms in place to make sure that content relying on specific features does not end up on devices that lack those features.
Thanks to Tommy for his time.

You can check out Polarbit's activities here.