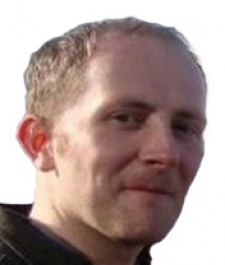 June 22nd, 2011 - 09:33am
By Keith Andrew
There's always buzz when a developer who has earned their stripes in console development makes a move on mobile.

And that's certainly the case with Anthony Gowland's new studio Mainly About Games. Not only will mobile and web development be at the heart of everything it does, Gowland previously worked at Rockstar Games on titles such as Grand Theft Auto: Chinatown Wars and Red Dead Redemption.

We caught up Gowland to ask why he thinks working on mobile is nowhere near as risky as some would have you believe.

PocketGamer: After working at Rockstar, how risky does it feel to branch out on your own?

Anthony Gowland: I think if you looked at it in terms like that, nobody would ever start their own business. It's almost always going to be a safer option to keep working for the bigger guy on the hit games.

But it's not really about that. It's more like "Is it too risky right now? Do I stand a chance of being able to make enough for a living?" And if you can afford to live off it, then it comes down to a question of which job do you want to do  and for me the answer was "The one where Im making all these games I have ideas for".

What made you decide on mobile and web when setting up Mainly About Games?

Firsly for boring money reasons  it's an area where the overheads involved in actually getting a game finished and to market are very low. Possibly the lowest they've been for any game market in a long time - which is obviously something you want when starting up.

Just touching again on the risk thing  you often here about devs talking about 'the App Store risk' these days. There are a lot of words written about why things do or don't sell on iPhone, and most of it's clutching at straws, I think.

Is launching on a Thursday going to make your game a hit, when the Wednesday wouldn't? How can you possibly say? Especially since all these other devs have probably read the same article you just have.

Anyway, more importantly to me, mobile and web platforms offer the ability to do what I want to do right now. When I'm thinking up game ideas, the ideas I have and the stuff I want to make seems to fit with these platforms best.

When everything that pops in to your head is something you want to play on your own phone, it does tend to sway you towards making phone games.

How will your experience within the industry help you?

I think the main thing is just the number of years of experience really.

When you have an idea for a game, you have to set off knowing things like "Is this actually going to work at all with just touchscreen controls?"

If it isn't, what are you going to do? Release it on a platform with a keyboard or joypad? Or redesign the game? How are those changes going to have a knock-on effect?

That's the big secret of professional game designers  they just have the experience of having seen stuff tried out before, in versions of games the public have never seen, and they know what has worked and what has been complete blind alleyways.

Then they can take that knowledge and predict more accurately how a decision is going to work out, and if it's worth the time to try it out.

You say small scale titles with a big budget polish are your speciality. Are smartphones exclusively the domain of small games, or can they play host to blockbusters too?

I think smartphones can absolutely have big games on them, and people will buy them. Do I think that something like, say Final Fantasy VII, suits the format? No, not really. People just play mobile phone games in a different way, and expect slightly different stuff from them.

They want gameplay loops that last maybe a couple of minutes. If your game's good, they might play the next loop straight away, or they might come back later. But either way, you've got to keep your core game loop a lot tighter than something like Fallout 3.

But the beauty of that whole small budget thing again is you don't need as many people to buy your game as you do on a home console, or a handheld. Maybe 1,000 sales is all it will take you to earn a living for that month's work, so you can afford to make the more experimental stuff and take that risk.

Only having 1,000 people liking your turn-based strategy game isn't going to put people out of jobs.

There's still a belief that console publishers are wary about the mobile market. Is there some truth in this, or could you see Rockstar making a big move on the smartphone market in the future?

I can definitely see big publishers getting more involved in smartphones  it's happening already with EA setting up studios for this. I think if they're wary of it, it's because it's still a different way of working and thinking.

They're used to making stuff that has these amazing, ground breaking, production values. But that costs, and so they have to sell more.

And some appear to be thinking of that in terms of "How many copies do we have to sell at this fixed price?"

On mobile in particular it seems to me it's more about selling people your game cheap, and then finding out how you can keep the people who really love it giving you little bits of money so they can enjoy it even more.

You say you're to offer freelance design consultancy as part of your business. What do you think an outside opinion can bring to a game?

Mostly just a fresh pair of eyes. It's not uncommon to play a AAA game and to spot all these little things that aren't right and don't fit the level of polish players expect in return for their £40.

Things like tutorials telling you to press a button when you're not in the right place, or the camera fighting against where you're trying to move it.

That's the kind of stuff that people who've played the game a couple of times will never spot, because they know what they're meant to be doing, so they're already in place and doing it.

And I know that a lot of gamers hate this stuff  being led through a game by the hand. It's not really about that, you can make a game that's about being lost or confused. That's cool. But if that's not a theme in your game, people really shouldn't be wondering how they reload their gun, or where the point is they're supposed to be attacking.

What mobile formats do you see Mainly About Games supporting in the long run?

It's difficult to say, it really depends on what happens with the digital download systems for the 3DS and PS Vita. Historically the 'proper' console guys haven't been hugely keen on working with places below a certain size either.

Do you see Mainly About Games branching out to other platforms, such as consoles or PC, as you grow?

I can definitely see PC and Mac in the future, there are the digital stores firmly in place and already they have games similar to the kind of thing I could see being a 'big' title for us - I'm thinking something like VVVVVV here, which I have a huge amount of love and respect for.

Consoles, not so much. Xbox Live Arcade might be tempting - the Indie Games channel seems a bit too hard to make money on, from everything I've read. Do people still make PlayStation Minis?

But with all that stuff you're talking about having to buy development kits, and pay for certification, and before you know it you're not looking at breaking even on your oddball RTS game any more.
Thanks to Anthony for his time.

You can find out more about Mainly About Games on the studio's website.